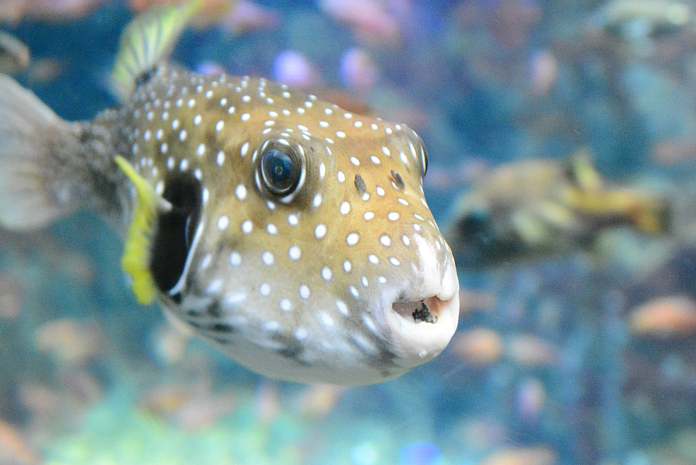 Being a poisonous fish, fugu, or pufferfish is one of the most notorious delicacies in Japanese cuisine. Although most of our  readers are probably familiar with it, I assume that most of you have yet to try it out for yourself.

Is it Safe to Eat Pufferfish in Japan?

While between 1 to 6 people die by fugu poison per year in Japan, calling an evening at a fugu restaurant “Japanese roulette” would be unfair. More than 90 percent of the fugu poison incidents do not occur at restaurants, but at home by eating self-caught and self-To be allowed to serve fugu at a restaurant, all the chefs need to have a license, which can only be obtained by 3 years of hard training. Furthermore, the liver, a fugu’s most poisonous part, is forbidden to be served.

While eating an amateur prepared fugu can indeed be very dangerous, having fugu at a restaurant is a lot more safe than for example driving a car, practicing sports or even eating fast food!

While fugu is widely renowned for being poisonous, what is less known, is how it is eaten. At a fugu restaurant, a dinner course that has several dishes with Fugu prepared in different ways is generally ordered. 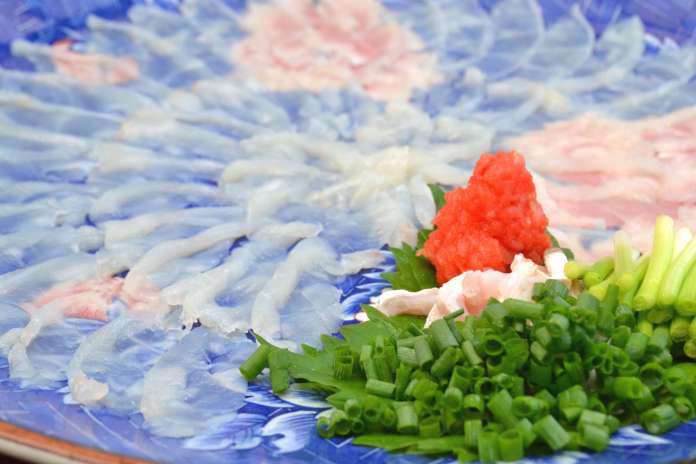 Fugusashi, or fugu as sashimi, is without a doubt the most traditional and most famous way of serving fugu. Due to fugu’s firm texture, normal sashimi slices would be too hard to chew. This is why fugu is cut in slices so thin that they are transparent, also making it a feast for the eyes. The slices are served on a large plate, often in the shape of a crane. Fugu as sashimi is dipped in Ponzu (citrus soy sauce) rather than plain soy sauce. 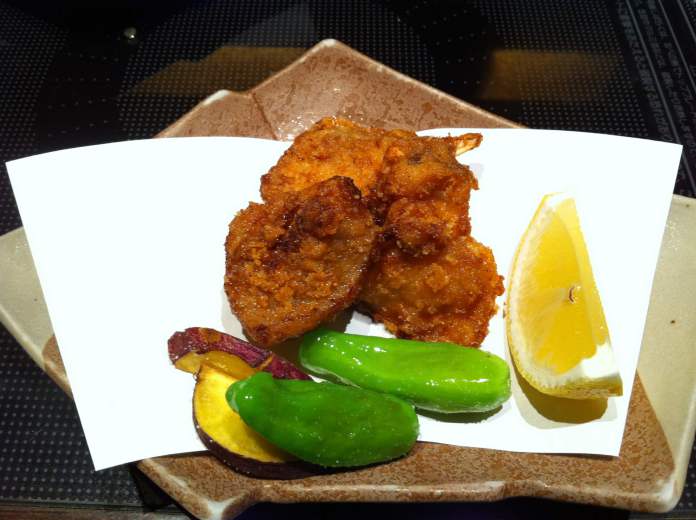 When you hear karaage, the first thing that may come to mind is delicious Japanese fried chicken. However, karaage, is the Japanese deep-frying technique that can be used on many ingredients, including pufferfish. Today, Fugu chunks deep fried in a thin layer of flour are one of the most popular ways to eat fugu. These crispy delights can be dipped in either Ponzu or salt. 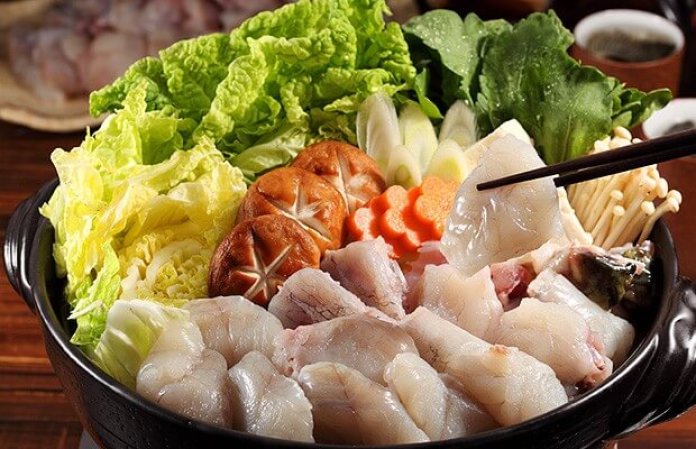 The main dish of a fugu course is usually fugu nabe, a hot pot dish with a konbu (seaweed) broth soup that includes many vegetables as shiitake, enoki mushroom, Chinese cabbage, spring onions etc. which are simmered together with the fish. Once only the soup is left, the dish can be finished by adding some salt and rice. This is called zousui and is also common in other Japanese hot pot dishes.

When and Where to Eat Fugu in Japan

The best season for fugu lasts from September to March. If you happen to be in Japan during those months, be sure to give fugu a try! Shimonoseki City in Yamaguchi Prefecture is one of the most famous places in Japan for delicious fugu dishes. It was the first city to lift the ban on Fugu which lasted from 1868 – 1912 in the Meiji period, and plenty of restaurants that serve fugu are still thriving in Shimonoseki City today.