Japan is very proud of its distinct seasons that transform landscapes and bring seasonal food. Fall, for example, is signaled by the Momiji autumn leaves and tasty traditional dishes provided by the changing weather. In fact, autumn in Japan is sometimes referred to 食欲の秋 (shokuyoku no aki). This roughly translates to “Autumn Appetite”, highlighting the anticipation Japanese people feel as their favorite season for eating.

Flavors of Autumn in Japan

The end of summer brings about the season for the similar-sounding “sanma” – or Pacific Saury. Sanma in Japanese characters, 秋刀魚, means “autumn swordfish”. The aroma of salted, grilled sanma wafting in the air heralds the arrival of autumn and the start of a season loved for its delicious harvests from the land and sea.

The southward migration from the northern Pacific Ocean towards Japan at the end of summer is eagerly anticipated by fans who can’t wait to taste what could be Japan’s favorite seasonal fish! Sanma is best raw to enjoy its freshness and natural oils. However, there are many ways to taste this delicious autumn fish in Japan.

Every September as the Momiji autumn leaves appear, there’s a Meguro Sanma Festival. The fish is grilled over charcoal and given out to everyone in the line for free!

In early autumn, sanma contains the most oil. In fact almost 20% of its body content is oil. Therefore, the sanma autumn fish makes for a very good grill. Grilled sanma is crispy on the outside and juicy on the inside. The sanma used to be a humble fish for the locals and was hauled in abundance. 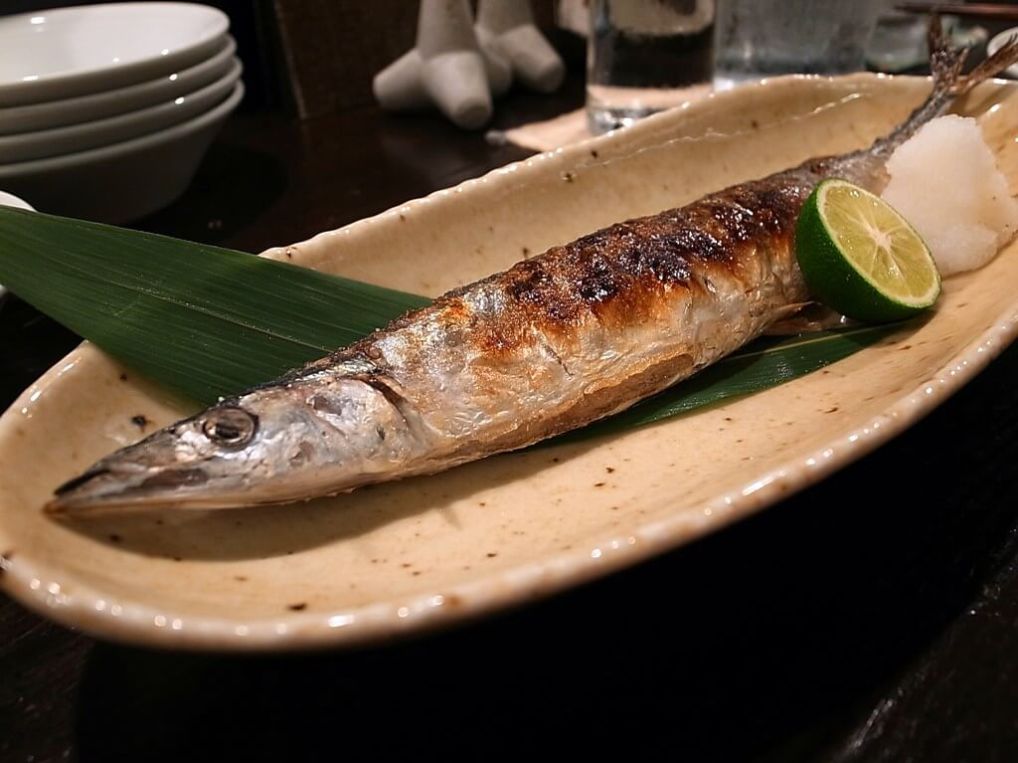 The Emperor and Meguro Sanma

There is a famous tale about the emperor who became extremely hungry on a hunting trip. Smelling grilled sanma in the air, he was immediately intoxicated by the amazing aroma. Overcome by his appetite, the emperor asked his servant to bring him some tasty sanma.

When the royal kitchen tried to replicate the taste, they removed the bones and added many seasonings to the fish. As a result, it tasted nothing like the manna from heaven the emperor tasted on that fateful day. And so, he declared that sanma is only delicious in Meguro!

Grilled or raw, the sanma is no doubt the fish of autumn!

What is Shun in Japan?

Shun (旬) translates directly into “season”, but strictly speaking in Japan refers to the ten days in which a food (be it a fruit, vegetable, fish or dish) is deemed to be at its tastiest and best period in which it is to be eaten.

Kisetsu (季節) which also translates into “season”, refers to six periods within each season (spring, summer, autumn, winter), according to the solar calendar in which a change in the season is deemed to occur – an indication of the Japanese sensitivity to changes in the weather and climate, and its impact on crops and catches of the day.