Recently, a major convenience store chain in Japan came up with a summer version of dango (mochi, or rice cakes, usually on a stick) meant to be eaten cooled. Presumably this is to make the sticky rice ball palatable even on hot and humid days when one’s appetite for heavy or sticky foods like mochi is somewhat suppressed.

Summer food or not, the humble mochi, or rice cake, is integral to Japanese culture. Freshly-pound mochi is made on special occasions such as New Year’s Day and on festivals.

But there is one place in Japan where freshly-pound mochi continues to prevail in daily meals, and where convenient store mochis or microwave mochis are probably frowned upon – Ichinoseki City in Iwate Prefecture.

Here, mochi is eaten as a complete meal, not as a teatime or road stall snack. This traditional mochi meal is called the Mochi Honzen, and consists of bite-sized mochi in nine guises – covered in grated radish (a palate cleanser), drenched in red bean sauce, smothered in edamame paste, buried under walnut cream, undetectable via black sesame sauce, stuck with natto, another kind of sesame paste, rolled in grated ginger and finally, piled with prawns. To wash this down, there is mochi soup. They taste better then they sound, trust me.

In Japan, mochi is eaten on major milestones of one’s life – weddings, funerals, festivals and such. Traditionally, there is even a mochi calendar when mochi making is mandated.

As an ending note, people in Ichinoseki love their mochi so much that even a gaping gorge (the Genbikei) won’t get in the way of mochi delivery from the shop across! 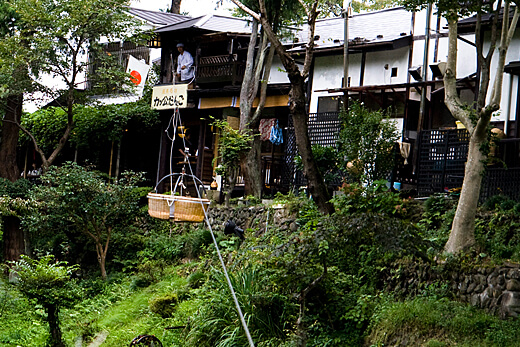 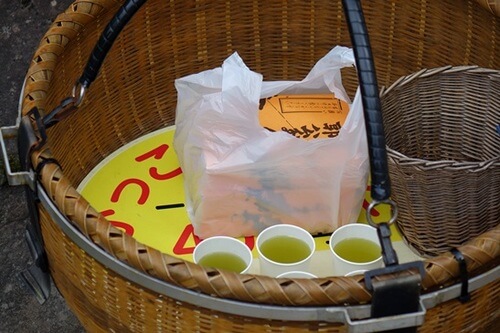