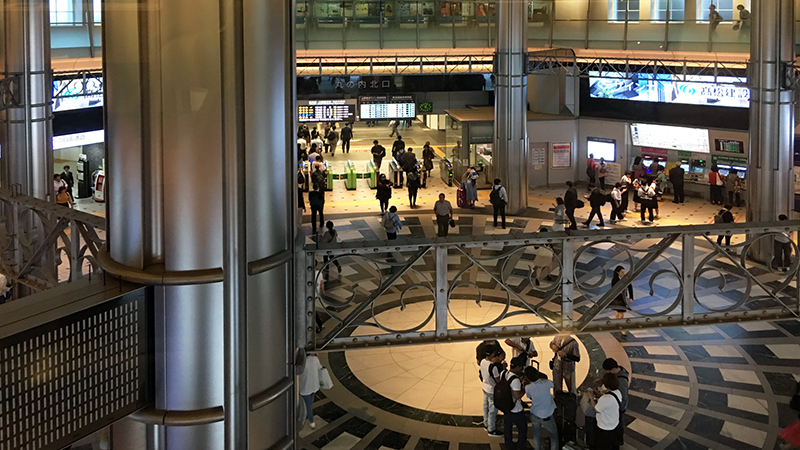 Tokyo Station, conveniently located at the heart of the capital, is Tokyo’s gateway to destinations all over Japan. Some say that the station is too big and confusing for first timers. But once you get the directions right, you can definitely get the most out of your time here. Tokyo Station offers an extraordinary range of cuisine and impressive attractions that tie the modern with the past.

Located next to Tokyo Station, JP Tower KITTE is a renovation of the former Tokyo Central Post Office. After opening in 2013, the shopping complex has become one of the most popular attractions for foreign visitors. KITTE means postage stamp in Japanese and represents the expression of greeting and wishes for happiness.
Many tenant shops sell limited-edition goods inspired by postage stamps. The outdoor garden on the 6th floor has a gorgeous view of the city both during the day and in the evening.

The Museum is a restoration of the old Mitsubishi Ichigokan built in 1894. The western building adds a tinge of nostalgia to central Tokyo’s modern ambiance.
After appreciating the masterpieces of 19th century artists, have a cup of coffee at Cafés 1894, where its high-rise ceiling reveals the glamour of the original banking hall during the Meiji Period. The cafés is not only sought after by tourists but also TV drama producers so enchanted by it that they select it for their shooting location.

The bridge connects high-rise buildings in the Marunouchi area with a large plaza in front of the Imperial Palace. The plaza, also called Kokyogaien in Japanese, used to be the residence of important officials in the Edo period. The stone bridge is called Nijubashi in Japanese because it used to have two levels. The sight of bridges, green grass and black pine trees is as picturesque as it gets. Enjoy a peace of mind here where time seems to come to a halt.

Avenue Tokyo Station is an underground shopping center you cannot miss. Tokyo Character Street, Tokyo Okashi Land and Tokyo Ramen Street offer animation figurines, local delicacies and souvenir gifts to bring home. If time is on your side, line up for a bowl of hot ramen noodles to reward yourself at the end of the day.