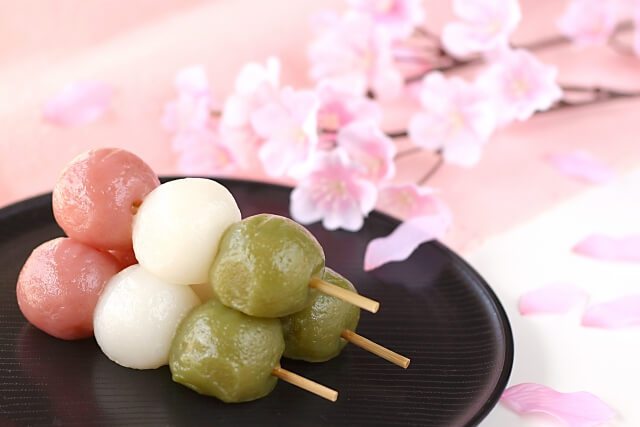 Hanami is the Japanese word for cherry blossom viewing. Each year in the spring, Japanese cherry blossom trees burst with color in a spectacular display of natural beauty. Though the blooming trees are delightful, they aren’t they only things that get people to gather during this time. There is a Japanese saying, “Hana yori mochi”, which means “Rice ball rather than flowers” which suggests that hanami spectators tend to spend more time appreciating the snacks than the blossoms overhead.

Here are 4 hanami sweets for the spring celebrations!

With sweets as delightful as these, it’s no wonder mochi wins our hearts and stomachs! Choose your favourite hanami sweets to bring to your next flower viewing party in Japan. 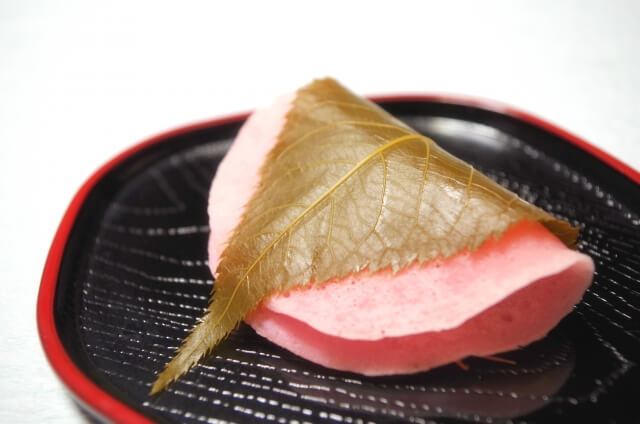 Sakura mochi is a piece of mochi dyed pink, which is filled with sweet bean paste and then partially wrapped with a salted, slightly pickled cherry leaf which balances out the flavor. You can choose to eat the leaf or not. Apparently, sakura mochi was invented in Tokyo during the Edo period. Today, people still love it as one of their favorite hanami sweets, and there is no denying that the pairing goes well with the swaying, pink blossoms above. 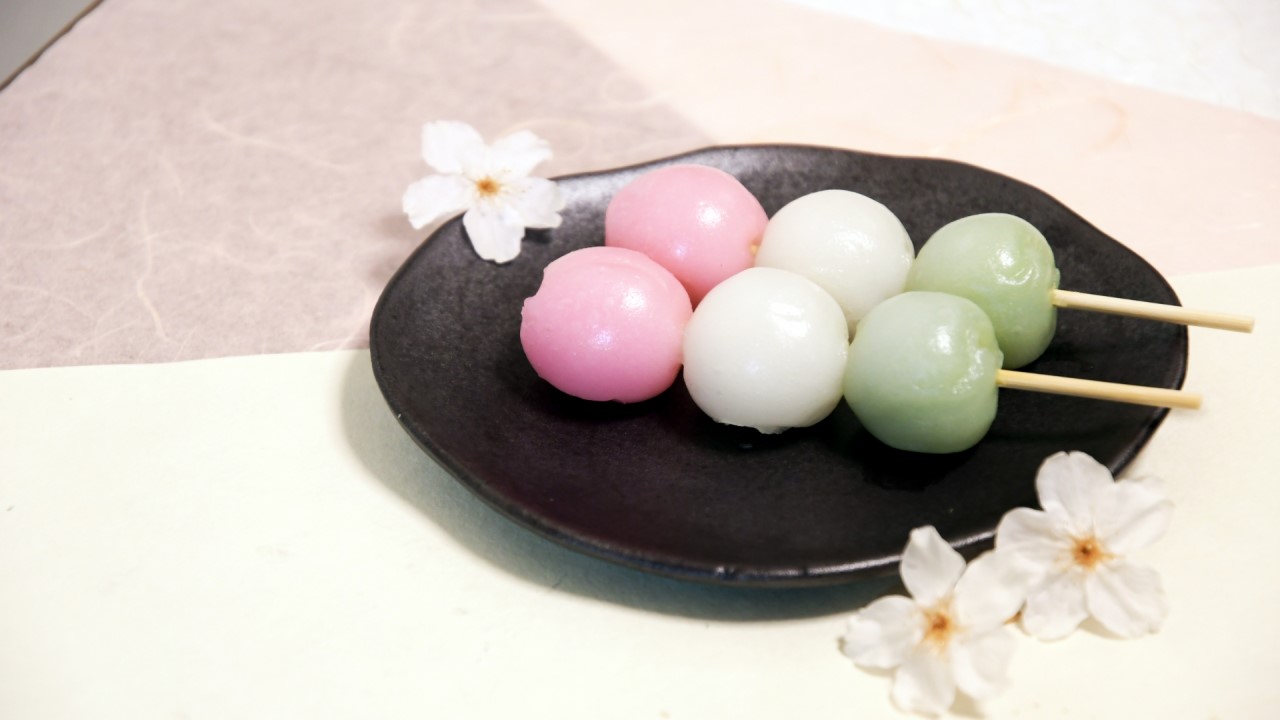 Hanami dango is a Japanese sweet eaten at spring flower viewing parties that consist of 3 skewered rice balls colored pink, white, and green. There are many stories about the meaning of the three colors of the hanami dango.  Japanese people say the pink and white bring good luck, and green wards off evil. Usually you will find the sweet balls of dango in threes on a wooden skewer. People describe the flavor of hanami dango as sweet Japanese rice. What makes the desert really special is the soft, chewy texture and. 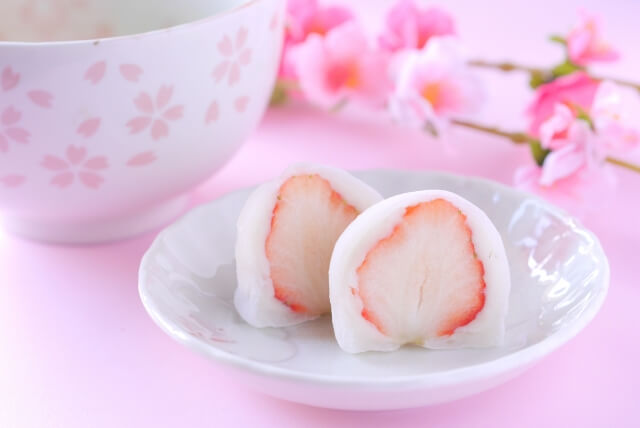 Ichigo daifuku, or strawberry daifuku, is a strawberry layered thinly with sweet red bean paste wrapped inside chewy mochi skin. Daifuku is a kind of traditional Japanese sweet made of mochi, or mashed glutinous rice, filled with red bean paste. They are often served together with a variety of different fillings and green tea.

The juicy strawberries of ichigo daifuku make this treat extra special in the springtime. People who love sweets have been eating ichigo daifuku especially during this season since the 1980s when they exploded in popularity.

Japanese Nerikiri: A Springtime Treat for the Eyes and Stomach 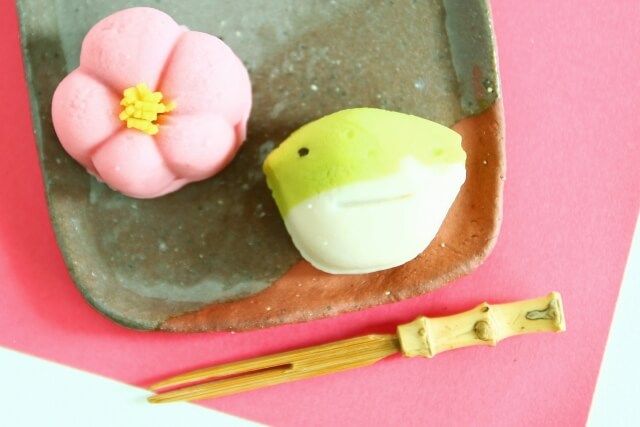 Nerikiri are soft, colorful Japanese sweets that come in different shapes reflecting the season. White kidney bean paste (shiro-an) and soft mochi make up these hanami sweets. Their beauty rivals their flavor as they are crafted delicately into charming candy sculptures using vivid colors. Nerikiri are often served at tea ceremonies, but they make great additions to hanami parties during the cherry blossom season. 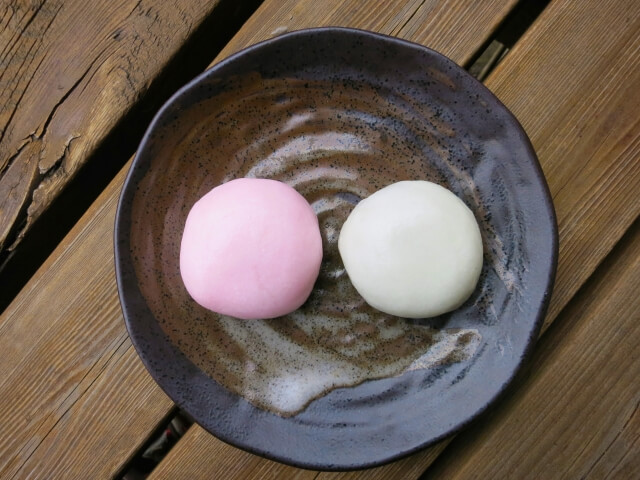 Of course there are many other  sakura-themed sweets. Every spring confectionery manufacturers release limited-edition sakura version of food and drinks. So if you look around Japanese stores in springtime, you will see the famous pink flowers everywhere. Don’t forget to look up and enjoy the view though!