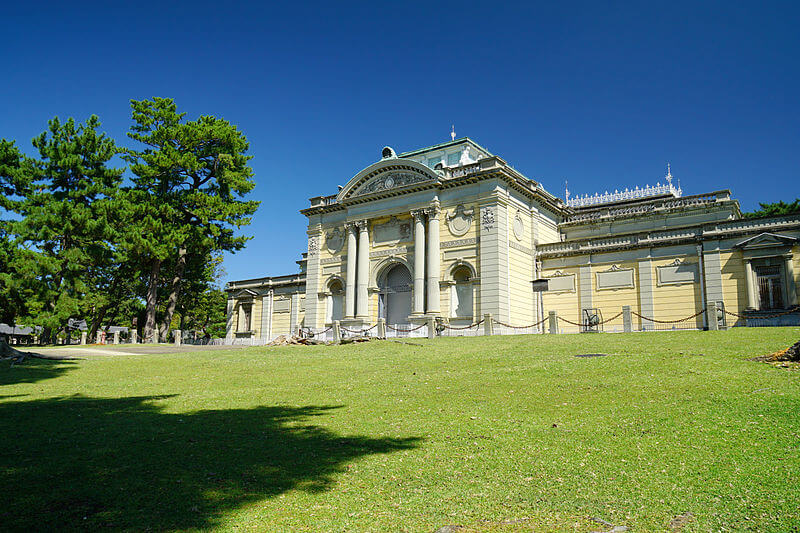 The Nara National Museum, situated in the Nara Park, is one of the four prominent national museums in Japan, along with Tokyo, Kyoto and Kyushu. It houses about 1,400 collection items which are extensively represented by Buddhist art including a number of National Treasures and Important Cultural Properties.

The museum was founded in 1889 during the Meiji Period as the Imperial Nara Museum, in concurrence with its counterparts in Tokyo and Kyoto, and was opened to the public in 1895. The original building, designated as an Important Cultural Property, represents a fine example of the Meiji-Period Western style architecture.

The museum offers both permanent and special exhibitions in its four galleries, with the latter held twice a year in spring and fall. In fall it hosts the annual Shoso-in exhibition, which is the world’s most visited exhibition attracting around 15,000 audience per day.

The two-week exhibition, started in 1946, provides a rare opportunity to see a selection of exquisite treasures from the 8th century stored in Shoso-in Repository of the adjacent Todai-ji Temple. The collections belonged to Emperor Shomu and his wife Komyo, who were the founder of the temple, and include many exotic objects brought to Japan through the Silk Road.