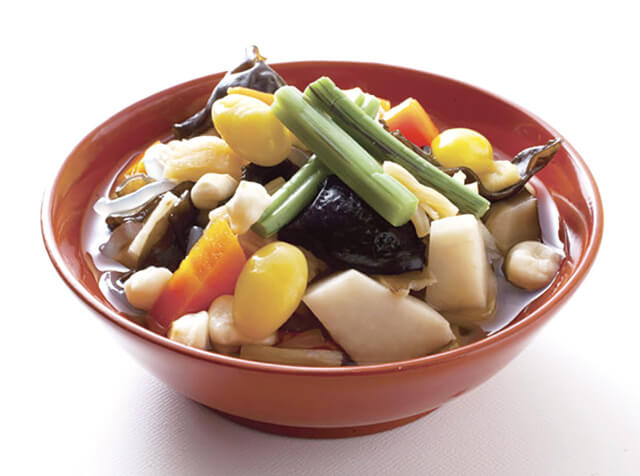 Originally developed for the samurai class, kozuyu later spread among the common people and has become a must for festivals, celebrations and momentous occasions in Aizu. In the past, fresh seafood was hard to come by in the landlocked region, so dried scallops and bonito were used to add flavor to the soup, which contains taro potatoes, carrots, shiitake mushrooms and tiny balls of wheat gluten called mamefu.