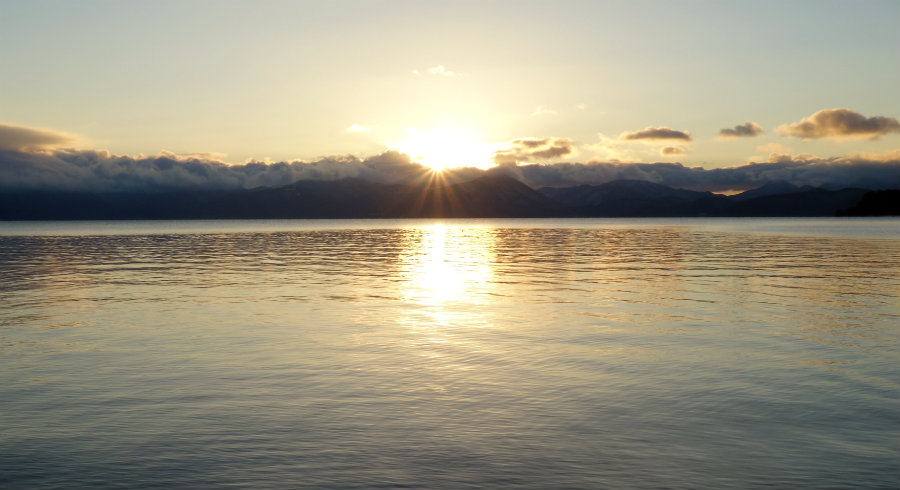 Koriyama, the economic center of Fukushima ken, is surrounded by abundant nature, including steep mountain ranges and the deep blue Lake Inawashiro. Stroll through Kaiseizan Park’s lanes of blooming, pink cherry blossoms or unwind in the hot springs of Bandai – Atami to give your skin a regenerative boost. Pay a visit to Kaiseikan to catch up on the town’s history and learn about the area’s development as well as lifestyles from earlier days. Follow us to explore the unique beauty of Koriyama, where past and present coexist in perfect harmony! 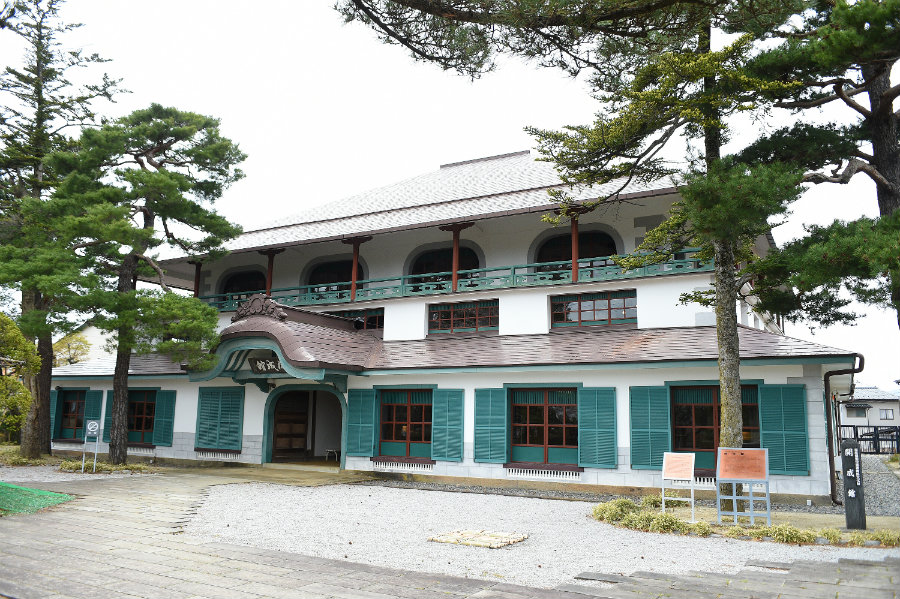 After the Meiji Restoration started in 1868, Koriyama evolved into a wealthy city with the introduction of a new project to improve the region’s infrastructure: “Asaka Land Development and Asaka Canal Works,” introduced in 1873 by regional merchants and the area’s local government.

In the following year, Kaiseikan (the district’s office building) was completed, with one part acting as headquarters for the project’s planning. It features western architectural elements which had not been introduced to any other Japanese regional area before. Nowadays, Kaiseikan and its surroundings are open for visitors to learn about the development of the area. 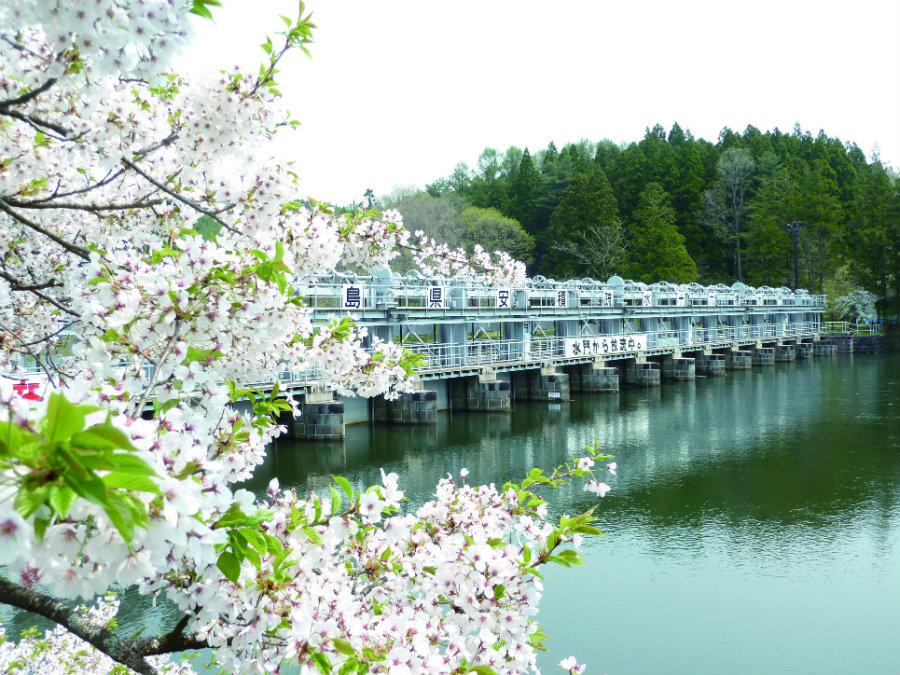 After a journey throughout the Tohoku area in 1876, the former Minister of Interior, Toshimichi Okubo, saw the potential of land development. He proposed the incorporation of the impoverished samurai warrior class into the Asaka Land Development Project. Due to the recent Meiji reforms, samurai were not needed anymore and had been replaced with a national army similar to those in Western countries. Through Okubo’s efforts, about 500 former samurai families from all over Japan gathered in Koriyama and started to work hand-in-hand with the local community towards modernization in November 1879.

The most challenging part was the construction of a 585-meter long tunnel cutting through the Ou Mountain Range. The latest technologies such as dynamite, steam pumps and cement were used and the project was a great success. After three years of hard work, the approx. 130-kilometer long Asaka Canal was completed. Due to the land development, agriculture expanded rapidly and important new industrial opportunities such as hydroelectricity became possible.

Blooming Relics of the Past 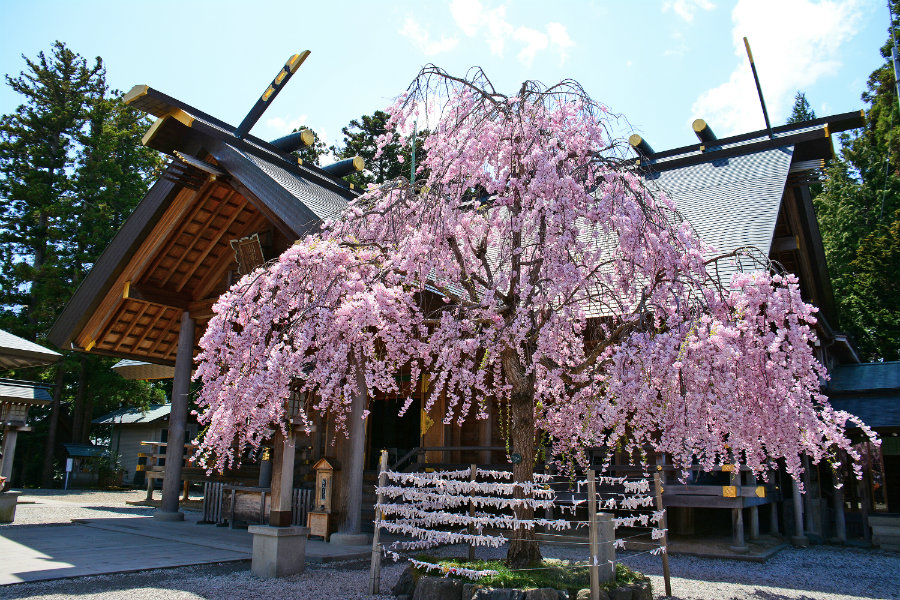 3,900 cherry trees planted by the pioneers of the time line the banks of the pond at Kaiseizan Park, which was used to irrigate the area. Old someiyoshino and yamazakura cherry trees on the embankments around the park evoke the remarkable development of the entire Asaka area.

Beside its economic development, Koriyama is also famous for its hot spring (onsen) town, Bandai–Atami. Built around 800 years ago in the center of Fukushima Prefecture, the Gohyaku River flowing through the area provides an abundance of clear and fresh water from Lake Inawashiro.

According to a legend dating back to the Kamakura era (1185 – 1333), Hagi-hime, a princess from Kyoto, made her way to the northeast area of Japan following a divine message to receive treatment for an incurable illness. It is said that after the princess took a bath in the 500th river she crossed, she fully recovered. Since then, this hot spring town has been especially popular among women, due to its legendary beauty effects. The clear and velvety smooth water is also believed to heal cuts and burns. Twenty-four different ryokan (traditional hotels) welcome you at Bandai-Atami Hot Spring Town to make your stay an unforgettable experience!

Beside its cultural aspects, Koriyama is also famous for its delicious sweet treat called Cream Box. This thick-sliced piece of bread with white, milk-flavored cream on top can be found in most of the local bakeries. It’s a must-try! 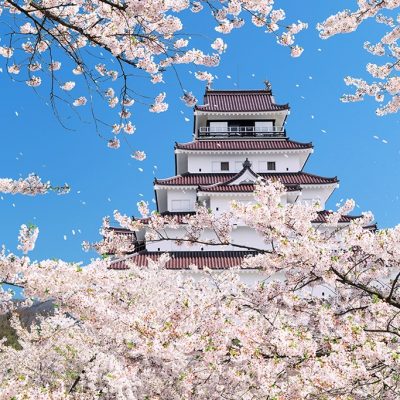 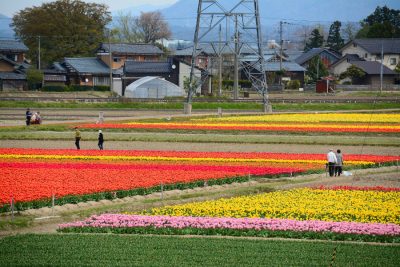 Sakura and Spring Flowers Compete to be the Most Beautiful