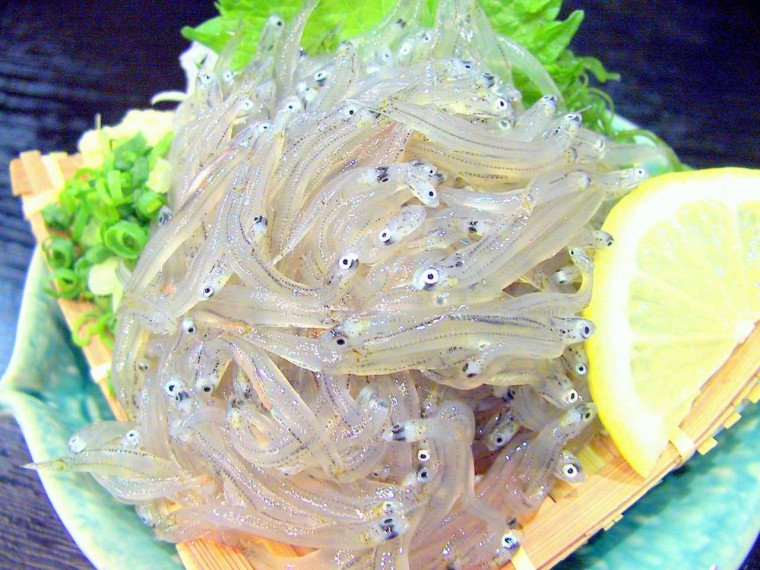 This small fry is not to be trifled with.

The shirasu, or whitebait of sardines, is serious business in Japan. Once the annual fishing ban from January to March is lifted, both fishermen and fish lovers flock to the sea to haul in and eat up hoards of this little translucent fish.

When the weather starts getting warm enough to start heading to the seaside, is when Tokyoites start craving for bowls of shirasu.

Usually eaten raw or boiled, the shirasu has a delicate taste of the sea that is best brought out with soy sauce and grated ginger. Don’t worry, it doesn’t taste fishy – in fact, some may challenge the fact that its raw version has any taste at all! Eaten fresh and raw, the sublime taste of the shirasu and its smooth texture that slides down your throat can be addictive.

Many shirasu addicts make an early summer trip out of town to nearby Enoshima in Kanagawa Prefecture to slurp up whole schools of this fish, and to snap some pictures of the hydrangea in bloom along the way.

The first time I ate shirasu was at Kamakura, but I must confess it was by accident – I mistook it for a chirashi don (mixed sashimi rice bowl) – but it turned out to be a very pleasant error which I was happy to erase any trace of!