This is a love story of sorts, it truly is. Stephanie Crohin was invited by friends to experience a Japanese public bath or ‘sento’ one day, took the offer and was charmed by the effects the sento bath houses have on body and mind by providing wellness and feelings of community. Now Stephanie is an official ‘sento ambassador’, spreading sento culture, promoting not so well-known sento places, documenting the uniqueness and coziness of each one and publishing it all in a book.

How It All Began

As many love stories on the silver screen go, Stephanie was not aware at first that she will would end up here where she is now. She first visited a sento place during her period as an exchange student in Japan and after her stay came to an end, Stephanie left Japan without knowing whether she would return. But she did and found herself still drawn to the sento culture. She loves every aspect of it, starting with the health benefits and the availability of these places spread around Tokyo. She estimates that there are roughly 560 sentos now in the Tokyo area, although that number is very hard to pinpoint, because they are closing down. That in itself was a big part of her motivation to spread the word about sento, both among Japanese people and visitors.

In the past the sento was indispensable, but nowadays people’s houses come with baths, so going out to the sento is becoming an ever more rare occurrence. However, there are still many reasons to go to a sento, with one of the biggest being that you can soak in a bath anywhere in the city. This is why Stephanie started the hashtag #dokodemosento, meaning “sento anywhere”, under which she posts photos of sentos on Instagram. Wherever you are, you can go to the nearest sento, buy or rent towels and toiletries at the reception, which are always quite cheap, relax and refresh and continue with your day. In a metropolis like Tokyo this is convenient as it would be really hard going back home just for a bath. Of course you can always bring your own towel and favorite cosmetics. Many frequent sento-goers pack their own sento-set. 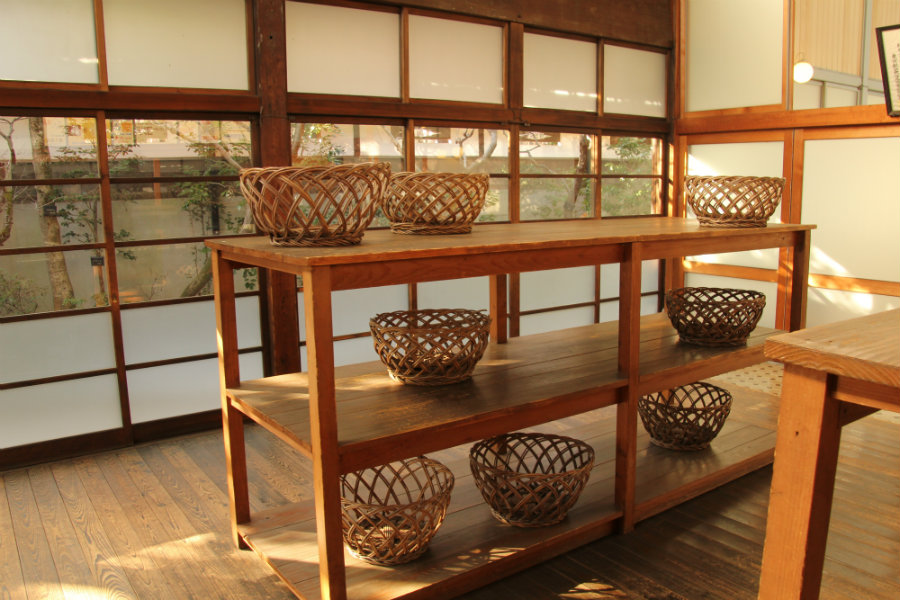 Sentos offer drinks and food that you can consume in the common spaces, sometimes with a garden too, and you can also use the automatic massage chairs that many sentos have. The combined expense of the entrance ticket (a flat fee of 460 yen at every sento), towel rental and a drink will not go above a 1000 yen at the most places. A good hot bath is the best cure for jetlag and muscle pains and heading straight for a sento from the airport after a flight is a life-hack that Stephanie shared with us.

The Sento Inside And Out

Another charm of the sento is that it is a place of community. Sentos are almost always small mom-and-pop businesses with owners who pour a lot of love in the sento and sento-goers are usually from that same area. It might seem counter intuitive to many, as bathing is seen as a private experience in the West, but at the sento it is good manners to say a simple ‘konnichiwa’ to the others. In the bath even Stephanie was embarrassed to be naked with others the first time she went to, a sento, but the feeling soon dissipated when she saw that nobody cared about that.

She also loves how sentos look, especially from the inside. In her book she documents the different art inside the baths, such as mosaics, majolica tiles, and painted art etc. She wishes more people paid attention to this art as it is handmade and sometimes has deeper meaning. After the Tohoku earthquake some sentos in Tokyo ordered art depictions of Tohoku landscapes as a way to support and cheer for the region that was now struggling to rebuild. Sometimes sentos get creative and quirky like a sento in Kamata that had art featuring Godzilla, but sadly that sento recently closed down. But by far the most popular sento art depiction in the Kanto area is Mount Fuji. Stephanie says it all started with the art in a sento in Kanda, Tokyo, and people liked it so much that the fashion spread.

The architecture of some sento buildings is beautiful as well, but even when the building does not look particularly fancy from the outside, Stephanie’s advice is not to judge a book by its cover. At the sento, inside is more important than outsides. Small businesses sometimes can’t afford to invest in both, so they always choose to focus on the interior.

Above all, a sento is a place that is accepting of everyone. You can find many generations in a single sento, and most sentos don’t discriminate against people with tattoos. This fact might not be well known, but will surely come as great news to many people with tattoos. Stephanie has talked to many people who are regretting not trying a sento at the time of their visit to Japan as they believed that they wouldn’t have been admitted because of their tattoos.

For first-timers in a sento, Stephanie has a couple of words of advice; overcome your shyness, mind the sento rules and manners; but most importantly, enjoy the experience by taking in the art and spending time in the common spaces.

For people trying to find a sento to go to, Stephanie advises simply typing the word ‘sento’ into a map app and it will give you a number of sentos around you. Or you can follow her Instagram and #dokodemosento hashtag for her personal recommendations and exclusive photos from inside the bathing area. No matter what you do, give sento a try and see for yourself the sento culture that Stephanie loves so much!