If you have any Japanese friends, you know most Japanese love to use text emoticons or kaomoji. With chat applications, like LINE, providing an amazing range of stamps, digital communication will only get crazier from now on. In fact, you even have the opportunity to create your originals. And only to think that it all started with some simple combinations of symbols typed out on the keyboard. But what is the difference between Western emoticons and Japanese kaomoji? And which do you think is more effective, emoji vs kaomoji?

Do any of these Japanese kaomoji look familiar?

The first use of emoticon dates back to when the internet, as we know it today, did not exist. Communicating by text with a computer was something completely new. Sometimes it even resulted in conflicts, as it was hard to tell if someone was serious or not just by reading the text. That’s why in 1982, Scot Fahlman was the first to propose the use of emoticons.  The sideways smiling emoticon represented by a colon, dash, and parenthesis was to be used for something that was meant as a joke. For the opposite, a sideways sad emoticon represented something that was not. This marked the start of western emoticons.

Four years later, the first Japanese emoticon made its way to the screen thanks to Yasushi Wakabayashi in correspondence through ASCII Net, a Japanese forerunner of the internet. Today, Japanese emoticon go by the name kaomoji. This literally translates to “face characters”.

Let’s look at emoji vs kaomoji. Western emoticons and Japanese kaomoji have had two significant differences in style from the start. First of all, while western emoticons as : – ) are looked at sideways, kaomoji as (^_^) can be understood without tilting the head. This difference might be pure constructive, but the second difference indicates cultural characteristics.

The symbols “: – )” and (^_^) are both “smileys”, but why do we know that they are smiling? The western emoticon obviously has a smiling mouth, but its Japanese variant does not. However, the eyes of the kaomoji express joy. While in western culture smiling emphasizes on the mouth, the Japanese tend to silently give a friendly nod. They express their joy with their eyes.

This is not just a hypothesis by the writer of this article. In fact, the Japanese language has actual phrases that show there is truth to this statement. Me wo hosomeru (narrowing one’s eyes), for example, is a synonym for smiling in the language.

Joy is not the only feeling the Japanese express with their eyes. The following list of emoticons indicates that western people tend to read a person’s expression by the mouth. Meanwhile, the Japanese focus more on the eyes. So when it comes to emoji vs kaomoji, you’ll notice the biggest difference in the eyes.

The next time you are talking or chatting with a Japanese in real life, try to see if you can read his or her eyes, be it virtual or real pupils! In case you want to share, here are some kaomoji to express yourself.

Use these to greet your friends or express your joy! It’s always uplifting to receive a happy kaomoji.

Maybe you just received some bad news. Don’t worry! You can try to lift the mood a bit with some adorable Japanese kaomoji that also show your feelings.

A surprised kaomoji is a fun way to respond to a message! Whether it’s sincere shock or a joke, it’s always entertaining to find one of these surprised Japanese kaomoji in a message bubble. 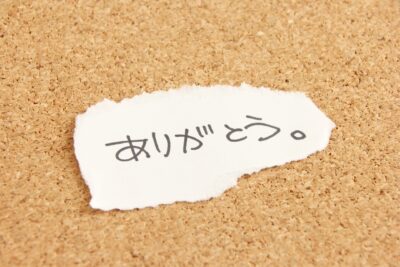 10 Ways to Say Thank You in Japanese