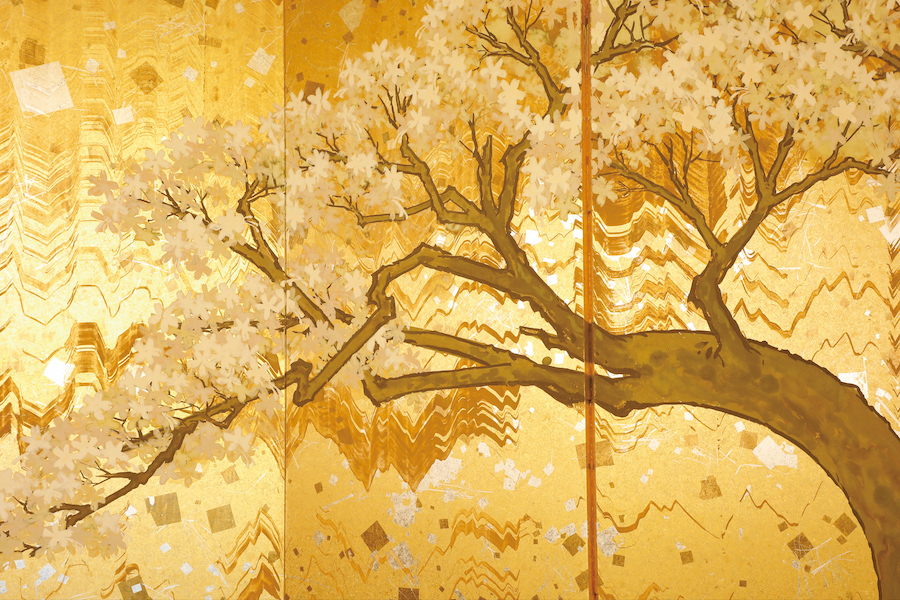 There is one place in Ueno park where I especially enjoy sitting on the grass. It is under an old cherry tree. I am told the ﬂeeting nature of cherry blossoms reminds us of the transitory nature of all things. I imagine the many, many people who have celebrated spring in this spot over the years. There is a theory that suggests that the history of a place remains with that place in one shape or another… for millennia. This place, Mt. Suribachi in Ueno park draws on such truths most deeply. Though miles from the ocean now, Ueno and her surroundings were once the site of Yayoi culture which depended on the wealth of food which could be had in the ocean’s inlet pools in the valley below. Many of the ﬂame shaped pots and clay figures which we associate with that now dead culture can be seen here in the Tokyo National Museum in Ueno park. The Museum was originally the art collection of the Imperial Family built on land which was the Emperor’s retreat in Ueno and the site of the Tokugawa shogun family’s Kan’eiji temple complex and ancestral graves. 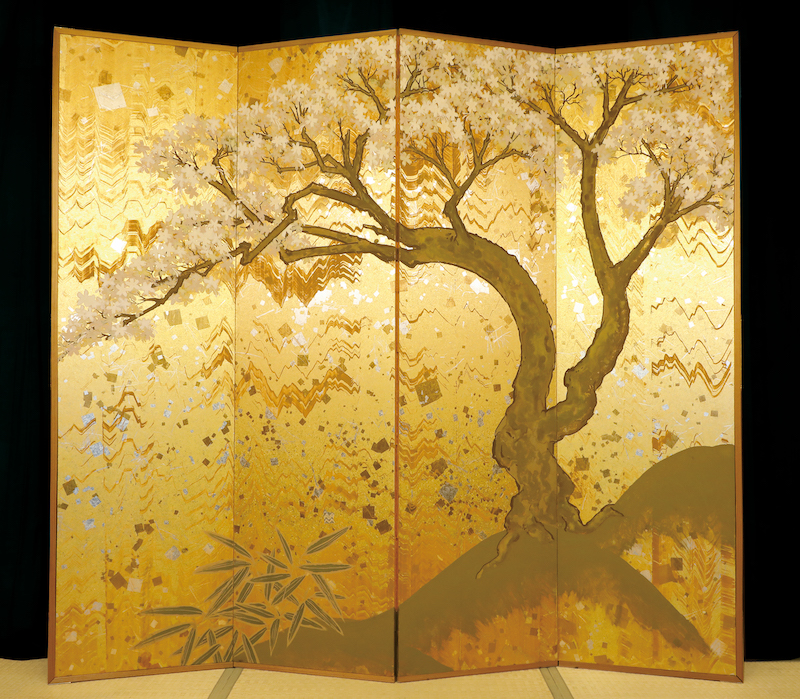 We call this verdant place Mt. Suribachi because it looks like an upside-down mortar pot. It is the mound which was once incorporated into the temple gardens as a mountain feature. Only recently was it discovered to have been the burial mound of an ancient Yayoi king.

I have spread a soft spot on the ground in the shade of the cherry tree for you to lie on and look up into the blossoms which last but a few days. The ocean coral I use for the pink pigment will not fade for a thousand years. We will be gone in but a short time, but there will be others who shall celebrate spring here in our stead.

ALLAN WEST
ALLAN WEST Born in 1962 in the US, Allan West settled in Tokyo and eventually graduated with a Master of Fine Arts from Tokyo University of the Arts. You can visit his open studio in Yanaka, Tokyo. www.allanwest.jp