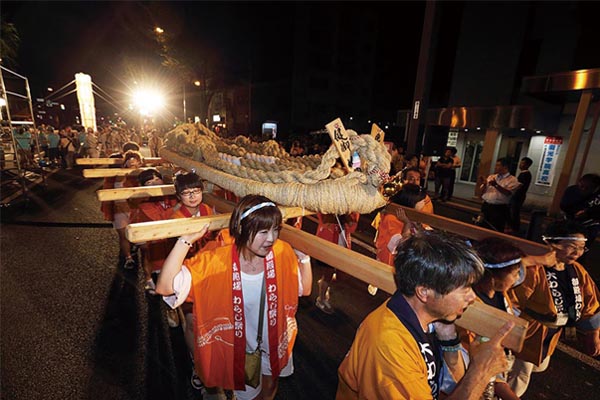 Waraji Matsuri Fukushima City, Fukushima Prefecture
Aug. 3 – 6
Named after the traditional straw sandals for traveling, the 300-year-old festival features a huge waraji that measures 12 meters in length and weighs 2 tons. The gigantic waraji is carried in a parade by people who pray for strong walking and safe traveling before housed in a shrine.