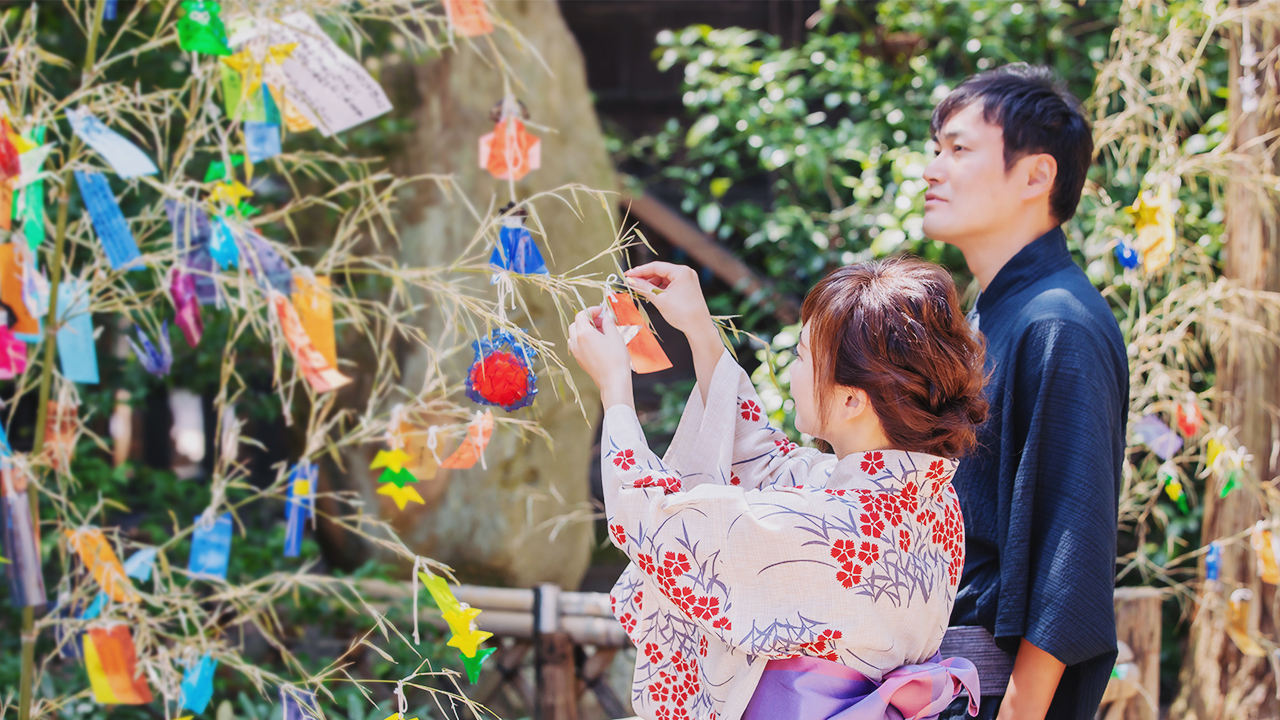 July brings Tanabata, one of Japan’s most well-known festivals. Many people recognize the pieces of paper with wishes hanging from a bamboo tree. But do you know why this “star festival” is celebrated? And why do Japanese people write wishes on colorful pieces of paper? The story of Tanabata and the origin of this summer tradition comes from the legend of two star-crossed lovers.

The story of Tanabata in Japan: Once upon a time…

Princess Orihime is the main character of the story of Tanabata. She was a weaver who made beautiful pieces of cloth by the heavenly river, also known as the Milky Way. Because Orihime spent most of her time weaving, she became very sad and felt that she would never find love. Her father, who was God of the Heavens, knew of a good young man who lived just across the Milky Way. His name was Hikoboshi, a cow herder. In the story of Tanabata, the two fell in love instantly. However, their love for each other was so deep that they neglected their duties. Orihime stopped weaving and Hikoboshi’s cows wandered the heavens. 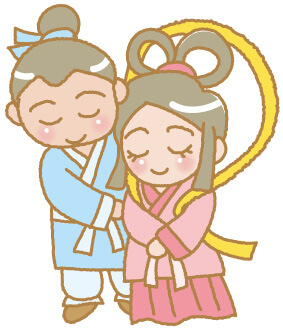 According to the story of Tanabata, the God of the Heavens became very angry and forbade the two lovers to be together. But he was also the father of Orihime and loved her deeply. To make her happy, he arranged that they could meet up once a year if Orihime returned to her weaving. This day became the 7th day of the 7th month.

Finally, the long-awaited day arrived, but the Milky Way was too difficult for both of them to cross. A flock of magpies saw Orihime’s sadness. Compassionately, they made a bridge for her so she could cross and reunited with her lover. Many say that when it rains on Tanabata, the magpies do not come and the lovers have to wait another year.

What are the paper wishes written for the Tanabata Festival in Japan? 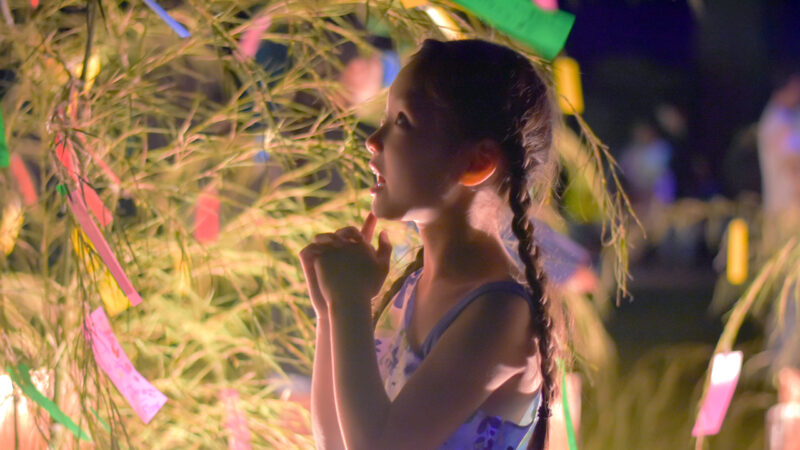 When Tanabata first arrived in Japan from China in the Heian period (794 – 1185), aristocrats in the imperial court would write poetry while gazing at the stars to celebrate the lovers. It wasn’t until the Edo period (1603–1868) that the story of Tanabata and its festival was celebrated by all the people of Japan. It was during this period that the tradition of writing wishes on tanzaku, brightly colored pieces of paper, and hanging them from branches of bamboo became part of the celebration.

People started using a tall and straight bamboo to hang the strips of paper with their wishes. Doing this, they hoped that their dreams would be sent to the heavens. Now that you know the bittersweet story of Tanabata, it is time to write your own wish and hang it from a bamboo branch.

When is the Tanabata Festival in Japan?

The Tanabata Festival in Japan lands on July 7 each year. In fact, the name “Tanabata” (七夕) actually means “evening of the 7th” in English. You can see the celebrations of Japan’s star festival, or Tanabata, across all of Japan. It is popular to wear the common festival summer wear, Japanese yukata, while enjoying the festivities.