Invented in the 14th century, the kotatsu has been trapping people with its warmth ever since. Forget all plans for a productive day once you turn on this toasty, motivation-sucking device. Has it been sent from heaven or hell? Nobody knows. But the kotatsu is definitely real and you can find it in Japan.

Anatomy of a Kotatsu

A kotatsu is basically a low table with a heater attached to it and a big blanket to keep the warmth inside. It may sound simple, but once you try the kotatsu you’ll be craving for it every winter.

The modern kotatsu has an electric heater, but the original kotatsu was a bit more dangerous with actual charcoal. Back then the hearth was fixed into the ground and would be covered when not in use. It was only until after the Edo period that the kotatsu became a movable piece of furniture. And earthen pot was filled with hot charcoal and could be moved with the table. Later the pot was abandoned in favor of an electric heater.

The kotatsu is most effective while wearing traditional Japanese clothing. The heat enters from the bottom of your kimono and exits at the top. 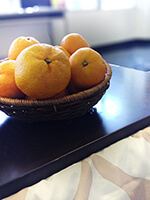 For Japanese, you can’t imagine a kotatsu without a mikan (mandarin orange) on top. Mikan look identical to mandarins but they’re quite different. Easier to peel and seedless, the mikan is the perfect fruit for a lazy day under the kotatsu. Because of its immense popularity it’s one of the few Japanese fruits that is exported in large quantities.

When it gets really cold, nothing beats lazing around under the kotatsu eating mikan.

Because of the uneven distribution of heat, the kotatsu is unhealthy to sleep under. A nap however is totally ok, but there is a big risk of it turning into an overnight stay. Not only humans, but also animals rever the kotatsu. Cats especially love the heat and darkness the kotatsu offers. 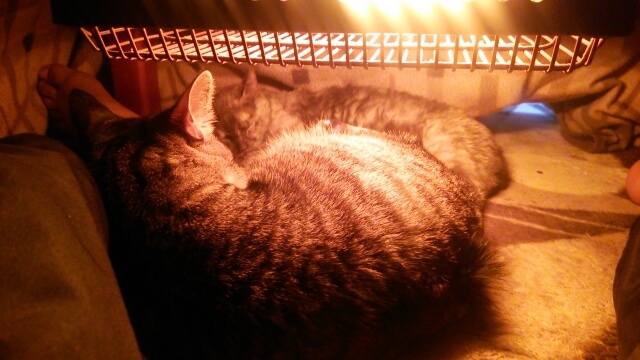 Getting out from under a kotatsu is nearly impossible. So here are some tips to make your kotatsu life easier!

From popular culture to traditional culture, I’ve immersed myself in both. I love writing about tradition, history and sharing fun discoveries. If I’m not outside watching a festival parade I’m leisurely reading manga in kimono.MORE ARTICLES BY THIS WRITER ｜ ABOUT WATTENTION NINJA