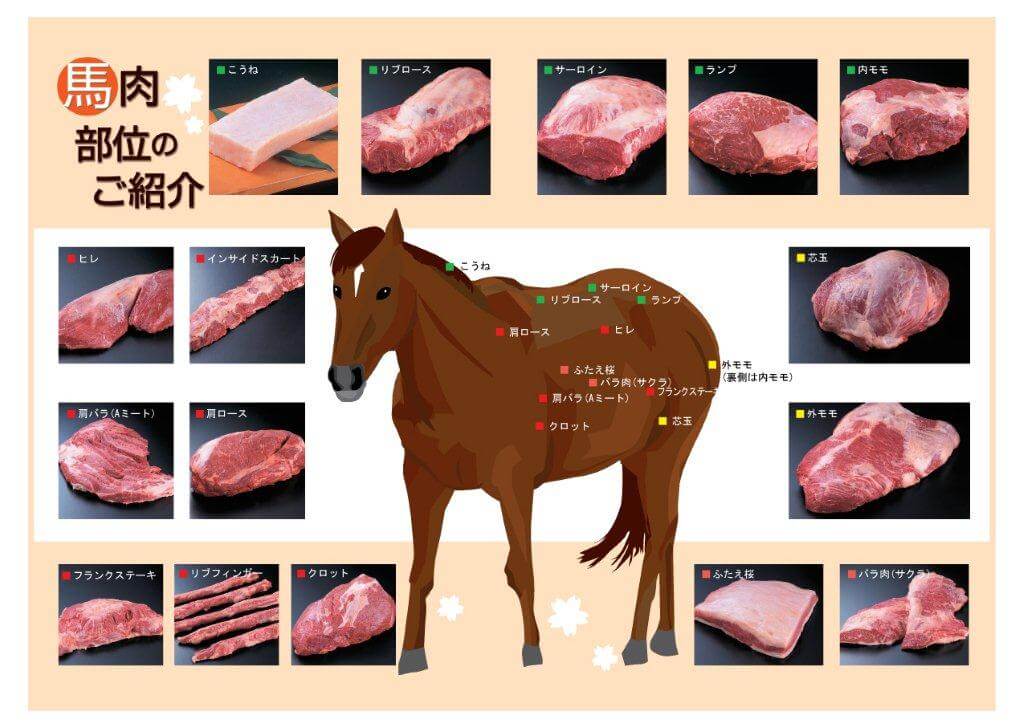 Among the many delicacies eaten in Japan, horse meat — known as baniku — may be the most eyebrow-raising. Because of its bright red, cherry-like color, it is also called sakura niku. However, its striking hue isn’t the most notable quality. Horse meat is very versatile and can be prepared in a variety of ways. In addition, the flavor isn’t totally unfamiliar to anyone who has eaten beef or venison. Here’s how the tradition of eating horse meat started and why you should try it the next time you visit Japan!

Why Do Japanese People Eat Horse?

While some cultures may balk at the thought of eating a creature as handsome as the horse, here in Japan it is gaining popularity even amongst the ladies as a ‘beauty food’. Japanese horse meat is considered healthy for being low in fat, high in protein and iron. Proud locals of Nagano even attribute their health and longevity to healthy horse meat. As a bonus, Japanese horse meat also happens to be delicious!

Eating horse meat in Japan started to become more common in the early 1920s as farmers would sell animals that could no longer work for meat. Eventually they discovered that horse meat was rich in protein. Food scarcity after the war normalized the consumption of horse meat even more. Today it is a tasty and healthy alternative to beef and other meats.

How to Eat Horse Meat in Japan

As in most foods in Japan, the best way to eat horse meat is raw. The sakura sashimi, or basashi, is cut thinly and dipped in soy sauce and grated ginger, daikon, or garlic, as you prefer. Japanese basashi pairs well with sake, or traditional Japanese rice wine.

How does raw horse meat taste? The texture, depending on the cut, is firm and it’s probably best described as a clean, fresh taste. Some even describe it as a slightly sweet tasting kind of beef. Younger horses usually have meat lighter in color, but older horses have a richer color and flavor. 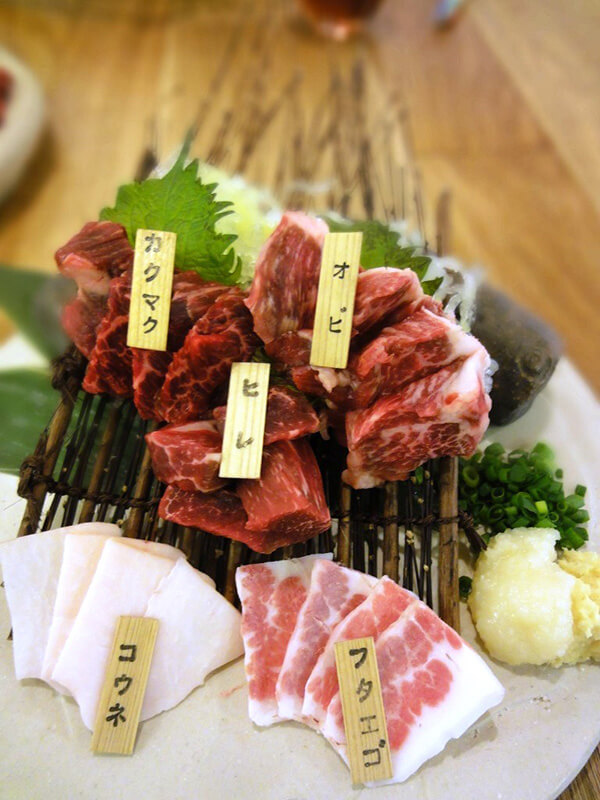 Where to Eat Japanese Horse Meat

Specialty horse meat restaurants such as bakurou have also galloped onto the scene in Tokyo as well, offering horse meat hotpots (sakura hotpots), sashimi, yakiniku and innards as well. Horse innards stew is also a popular dish at izakayas. It’s been one of the signature dishes at Daitouryou (大統領) izakaya at Ueno for decades, which specializes in grilled innards on sticks.