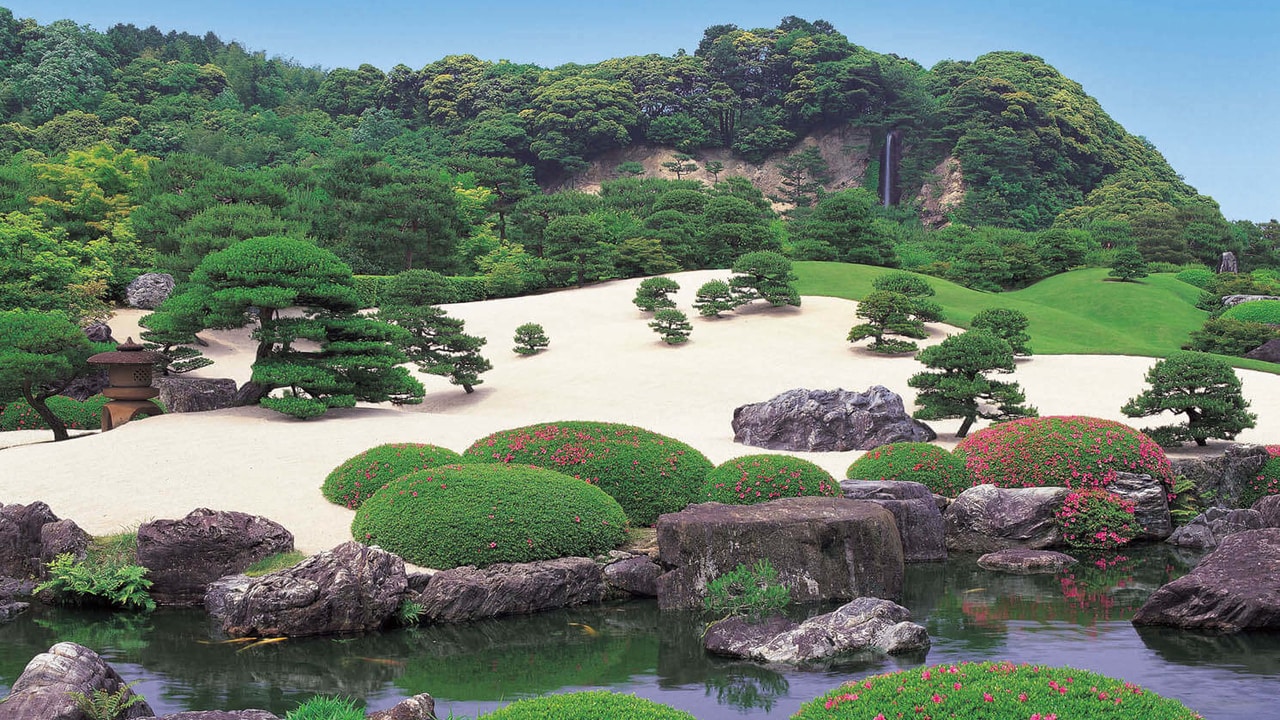 In the past, Japanese gardens were created by the upper-class of society and can be classified into three main groups. 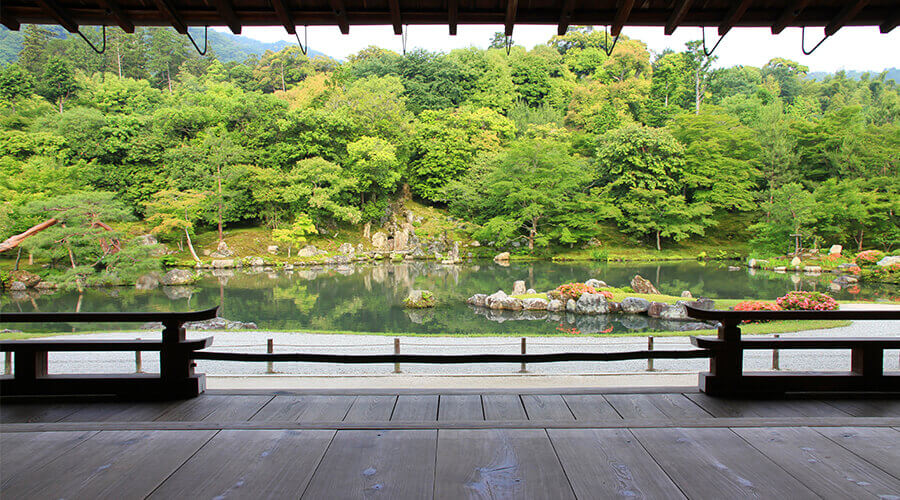 The history of Japanese garden design goes back about 1,000 years. The first form of gardening was seen in sacred places. These gardens were deep in forests, featuring natural objects like trees, mountains, or rocks with extraordinary, rare shapes. Marked with pebbles, white sand, or rope ties these places were used for ceremonies to honor gods or sacred spirits living in the area.

The history of Japanese garden architecture

Chinese culture, especially Buddhism started influencing Japanese garden design in the 6th century. Since then, the style of this practice changed throughout the centuries. Eventually, Japan developed its own special form of gardening. The Japanese people’s devotion to gardening is apparent in the ancient capital of Kyoto, which contains more than half of Japan´s historical gardens.

Nara used to be the capital of Japan. For that reason, during the end of the 8th century, Japanese garden culture sprouted. Gardens for the higher society began to pop up around the area. These early authentic Japanese gardens featured a pond with an island in the middle surrounded by stone shorelines. There is beauty in their simplicity. The minimalistic design set the foundation for future gardens.

With the dawn of the new era, the capital moved to Kyoto. The upper class started building large gardens at their palaces and villas. Layouts inspired by the Chinese concept of feng shui became popular. The gardens located on the south side of the villa focused on large ponds and winding streams connected by bridges, which were passable by boats. In addition, islands and pavilions reached out over the water. These royal gardens were mostly places for pleasure and ritual worship.

One specific feature in these gardens was an empty place covered in small pebbles. Since the emperor at that time was the chief priest of Japan, white gravel or sand was an element for purity. In this area, worshippers invited gods to visit with religious ceremonies and dances.

The late Heian Period presented a new style of garden architecture that made its way to Japan. This design concept was called Pure Land Buddhism or Amidism. The architecture in these gardens represented the Buddhist paradise. Similar to earlier designs, the Paradise-Gardens featured stones and careful planning. However, they were much bigger and more colorful.

The streams flowing through these gardens symbolically separated the earth and the afterlife. Therefore, the scenic gardens mainly served as a place for meditative strolling, chanting sutras, and receiving spiritual guidance. As a result, Japanese Paradise Gardens are the forerunners of the stroll gardens.

With the beginning of the Kamakura Period, the power possessed by the aristocratic court fell to the military regime (将軍 shogun). At that time, they supported a new form of Buddhism called Zen. Due to this new movement, garden architecture changed and became more simple and compact.

The biggest change in gardening and towards minimalism was dry landscape gardens (枯山水 karesansui), connected to temple buildings. The main purpose was to support monks during their meditation exercises and for spiritual improvement. The accurate raked white sand represents water and precisely arranged rocks are a symbol for islands. These gardens only consisted of elements like rocks, gravel, and white sand. The garden is not accessible and mostly viewed just out of one angle representing an ideal landscape or a philosophical concept.

New gardens and cities appeared when the Japanese feudal lords (大名 daimyo) and their robust castles were the centers of power and culture. The gardens during this era had one or more ponds surrounded by a riverside out of small stones. Natural stone bridges, stepping stones, and artificial mountains were common in the Azuchi and Momoyama periods. These gardens rested right next to the castle, so observers could see them from above. The Japanese garden concept at that time combined the design of a promenade garden with typical elements of Zen.

Later, a new concept of garden architecture arrived. This was the tea garden (路地 roji). These gardens represented the spirit of wabi (侘び), rustic simplicity, utility, and calmness. Tea houses were small and wooden with a thatched roof. Only a paper scroll with an inscription and a decorative branch were allowed. The narrow garden itself regularly received water to stay lively and green.

Except for a blooming cherry tree coloring the scene in spring, other bright flowers were not part of these gardens. Designers didn’t exclude them because they weren’t beautiful enough. Actually, they would have been too distracting. The design centered around the concept of quiet meditation before the tea ceremony. Designers thought flashy colors would have attracted too much attention.

The entrance and the tea house connected with a small path made of stepping stones.  Benches outside provided seating before the ceremony, while stone lanterns lit the way. Also, a stone washbasin created a space for ritual cleansing of the hands and mouth.

During the Edo Period, the Tokugawa clan, who became the Shogun, took over. After gaining power they moved Japan´s capital to Edo (today’s Tokyo). The minimalistic garden design from the Muromachi Period changed back to focus on landscaping, recreation, and extravagance. As a result, large strolling Japanese garden designs (回遊式庭園 kaiyu-shiki teien) featured ponds, islands, and artificial hills made a comeback. Elements of tea gardens also remained.

Another new form of garden design was the tsuboniwa (坪庭 / tsubo is the size of 3,3m²), inner garden or small courtyard garden created by the urban population. These were not meant for strolling through. Rather this Japanese garden design provided a piece of nature and fresh air featuring decorative elements like stone lanterns, water basins out of stone, stepping stones, and some plants. The pleasant scene provided opportunities for calm viewing from a porch or from inside the house. 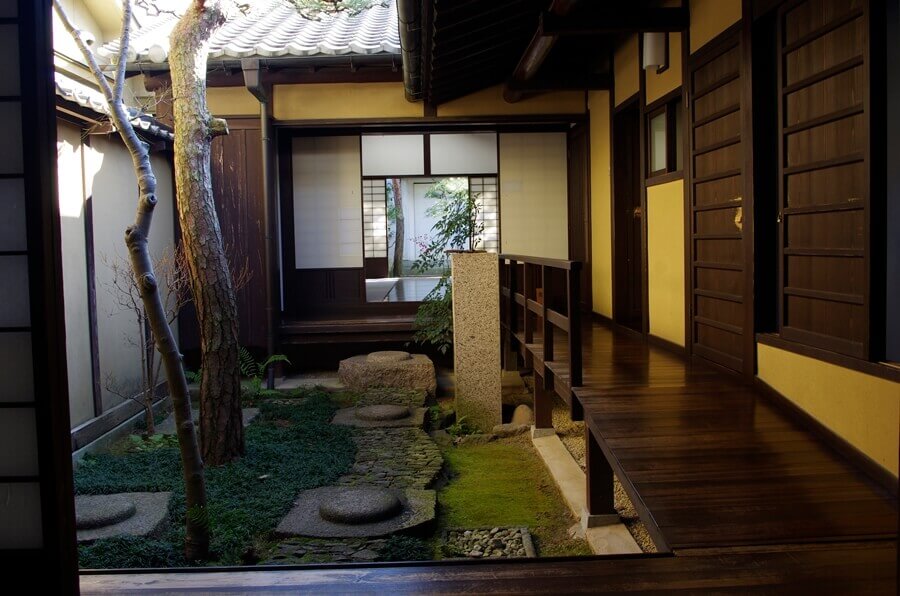 With the Meiji Period came the age of modernization and the re-opening of Japan to the western world. A new law in 1871 opened old, private strolling gardens and abandoned gardens from the Momoyama and Edo period. By converting the gardens into public parks, the art of Japanese gardens survived. Even as western influences crept into Japanese garden designs, they still clung to a traditional, naturalistic aesthetic. Shinjuku Gyoen National Garden in Tokyo exhibits this mix of Western and Japanese design well. Some other famous examples of Meji period gardens include Kyoto’s Murin-an garden and Namikawa Cloisonné garden.

After World War II, government agencies took over building gardens. As a result, these new gardens use consistent designs bringing together architecture and landscaping. Due to westernization, more western-style city parks began featuring new elements like flowerbeds and open lawns. In addition, now more modern materials are used, such as concrete. Furthermore, the gardens now work in harmony with their surroundings and act as an extension of buildings, as intended by professional landscape architects.

MORE ARTICLES BY THIS WRITER ｜ ABOUT WATTENTION NINJA 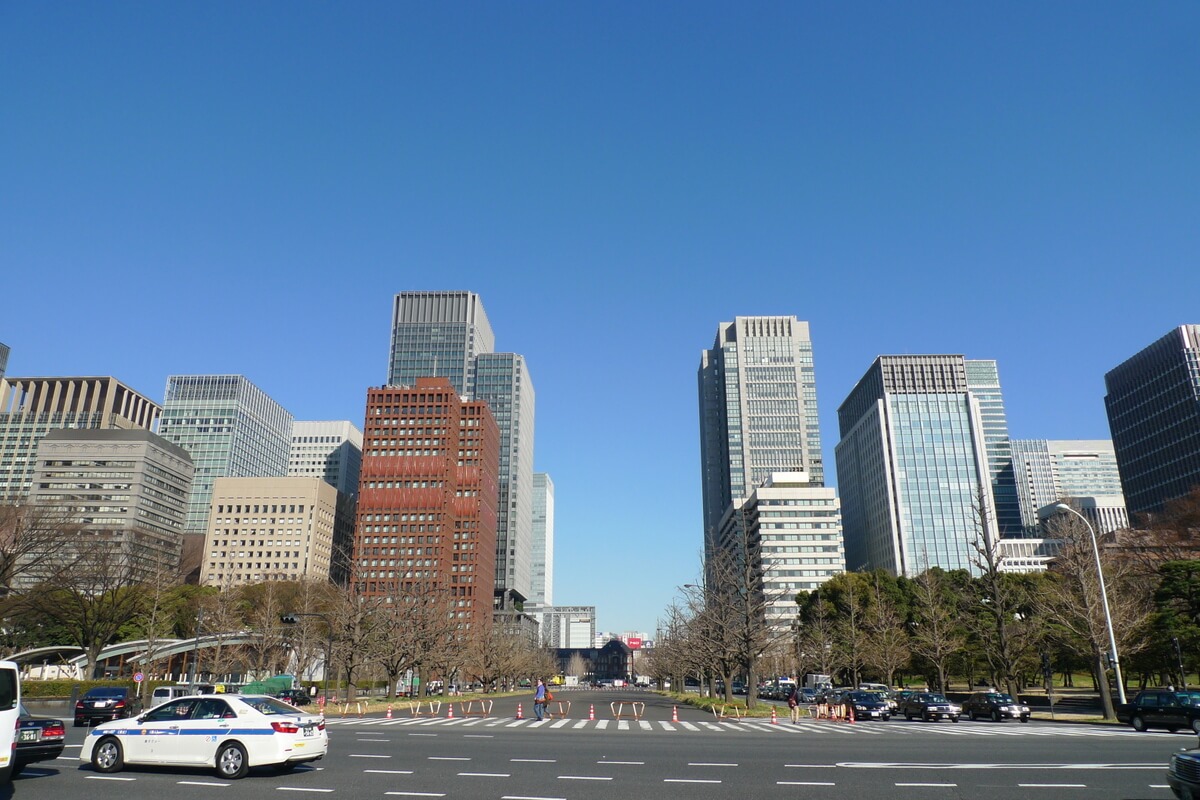 Running around the Imperial Palace