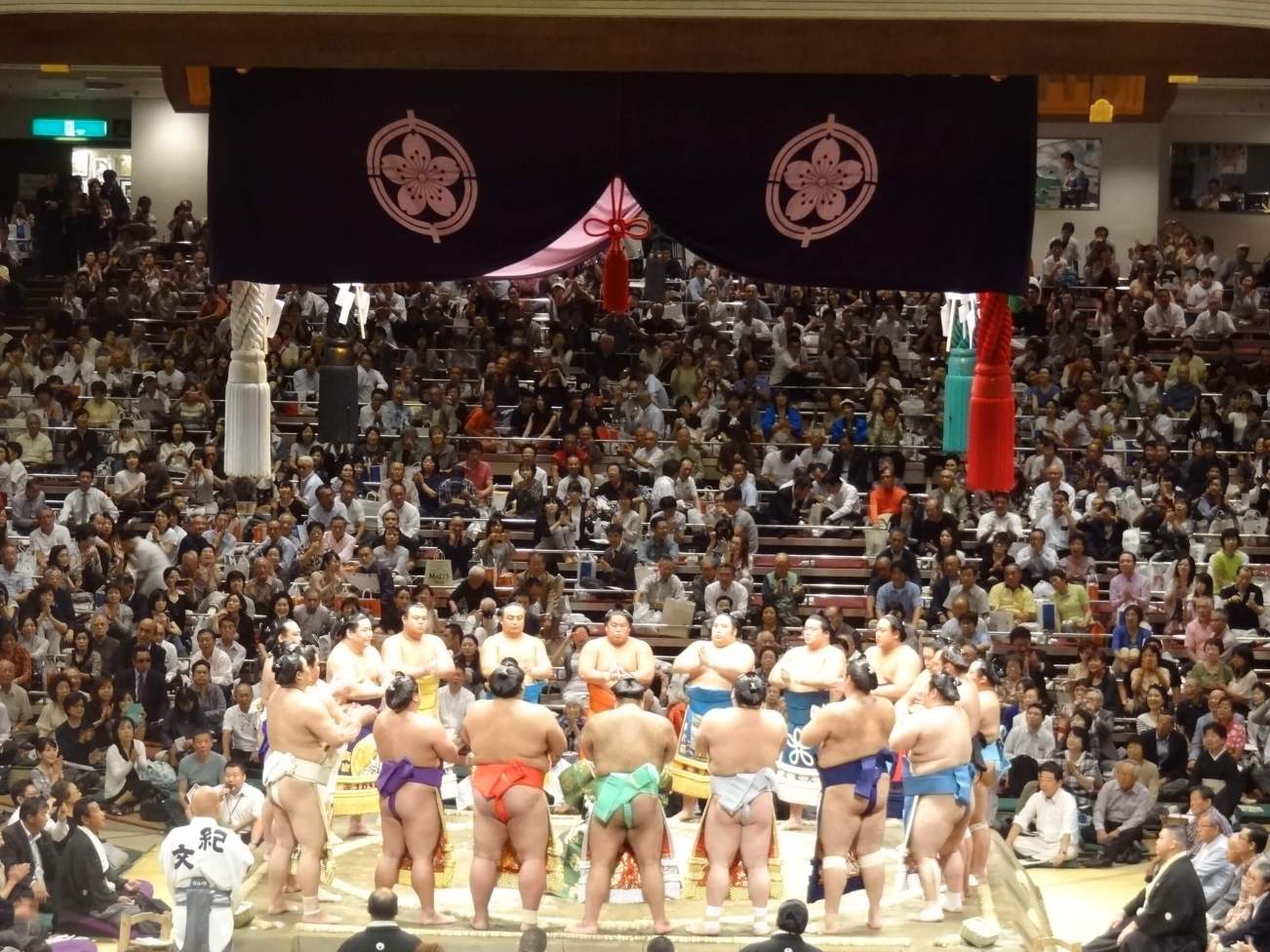 Watching sumo from the best seats

Just like in any other sport, getting front seats to watch the matches is an almost impossible task. In sumo, these seats are called Sunakaburi (literally translated as “sand shower”). The reason is because they are so close to the dohyo (wrestling ring) that you may find sand, or even an actual sumo wrestler, flying in your direction! 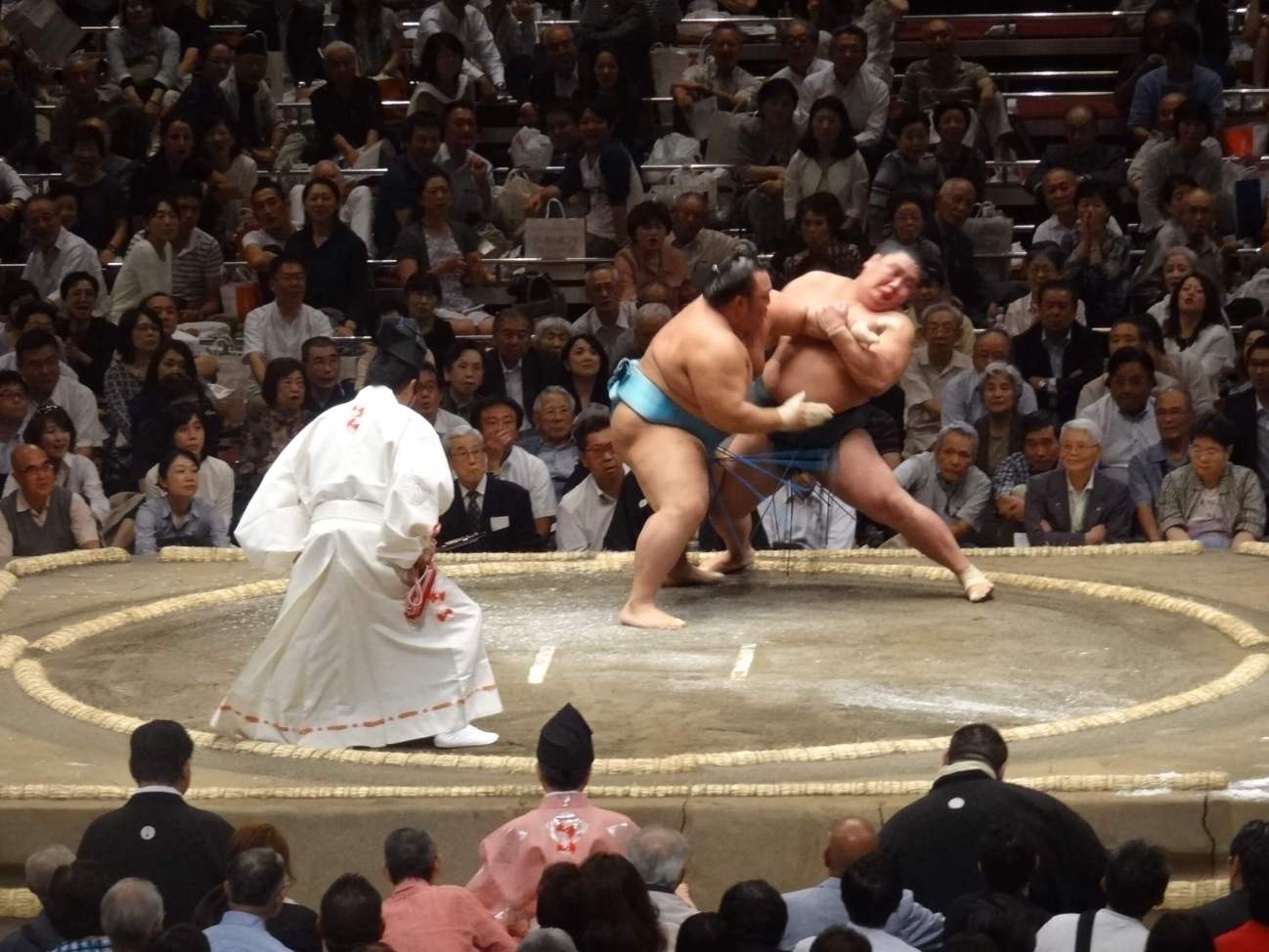 The most luxurious seats of the stadium for watching sumo are masu-seki. In these special areas, a groups sit together and enjoy the matches while having sake and a yummy bento. 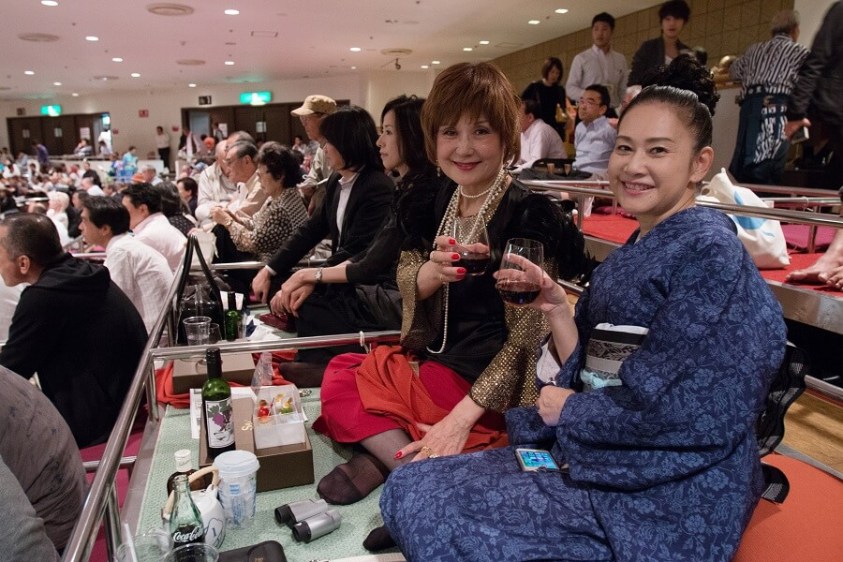 Before the actual matches start, the sumo wrestlers gather in the ring for their introduction. The heya, or sumo staple they come out for is of great importance. So you will hear the crowds cheer for wrestlers of the heya they support.

Once the matches begin, the sumo wrestlers enter the ring from two sides. While in boxing matches these are called the left and right corner, sumo uses east and west. After the ritual of throwing salt in the dohyo to purify it and making shiko drills (stomping the ground with your feet from as high as possible), it’s finally time to clash! 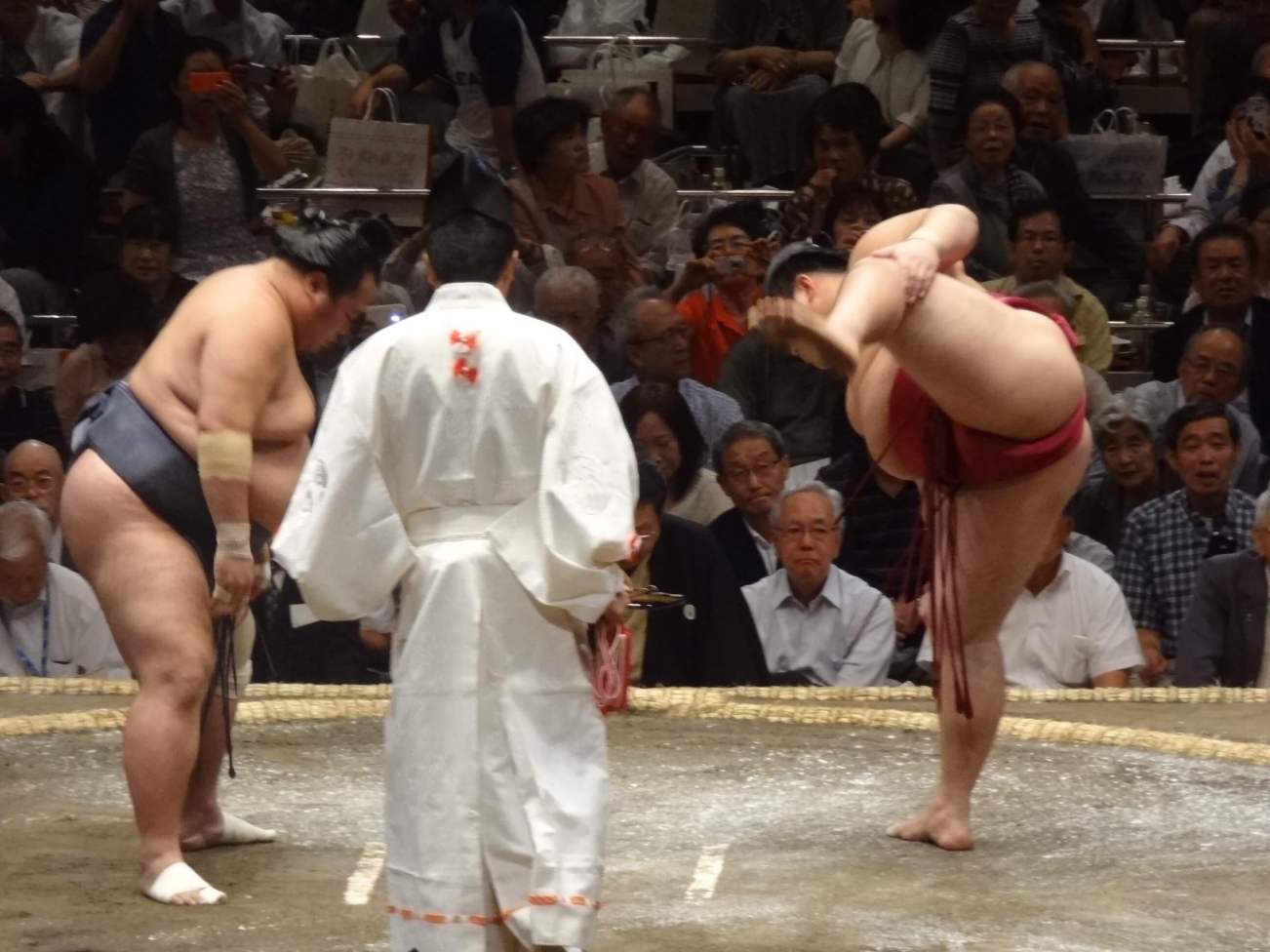 During exciting matches, passionate supporters forget their Japanese reservedness and stand up to cheer. But fear not. As soon as someone tells them to sit, they will return to their polite nature, apologizing to others. The ability to maintain harmony in the midst of the excitement, is something supporters of other sports have a lot to learn from. 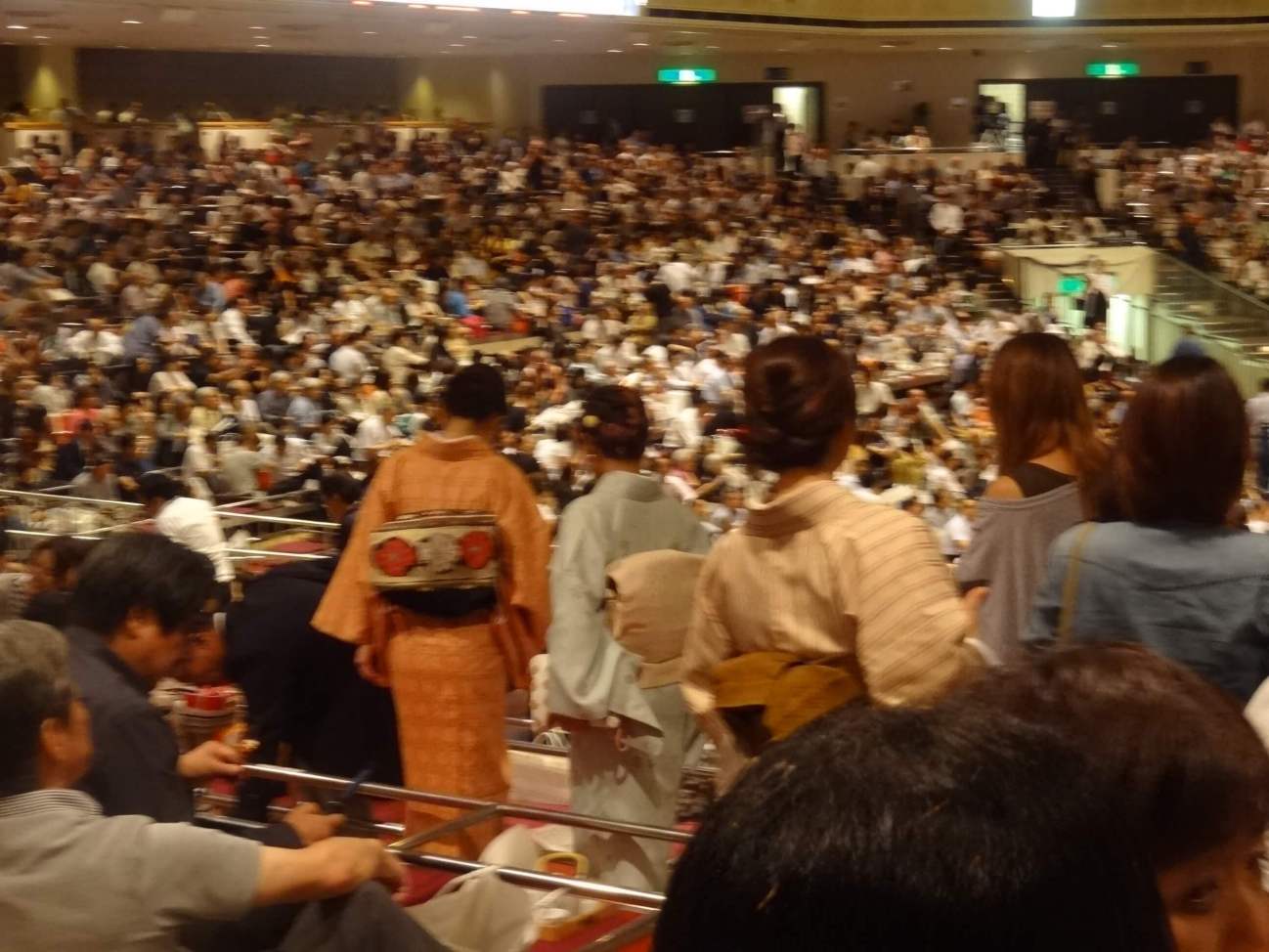 Popular bouts of ace fighters, often have a Kinsho-kin, an additional sum that goes to the winner of that match. There is a lot of excitement surrounding these matches, especially when the higher ranked fighter loses the match, so watch out for the flying cushions!