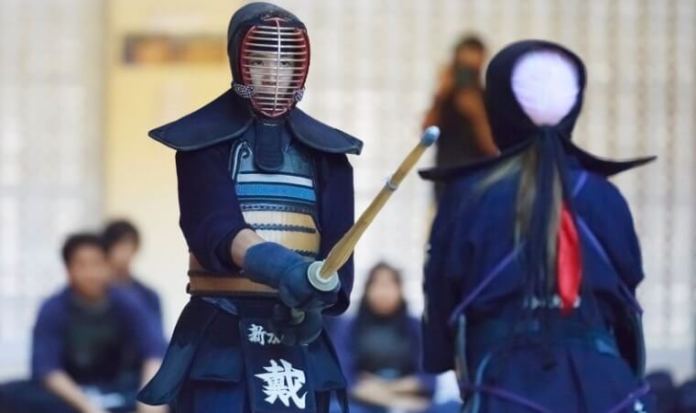 Even though Tokyo was chosen to hold the Olympics in 2020, the most representative of Japan’s martial arts, kendo, has not to be added as an Olympic sport. That’s right, kendo is still not an Olympic sport. Judo, however, was introduced at the 1964 Olympic Games, which was also the last time the international sporting event was held in Tokyo.

If kendo, which literally means the way of the sword, is ever to be introduced as an Olympic sport, then surely a Tokyo Olympics would be the best chance to do so. However, the kendo world at large seems split over this prospect – and understandably so.

As someone who practices kendo – and who recently took part in the World Kendo Championships held in Tokyo this June – I agree that kendo is not like any other sport.

Kendo: The Way of the Sword

For one thing, to show any sign of glee. Striking a victory pose or to fist-pumping the air and cheering is unacceptable. In fact, it would result in an immediate cancellation of the point just scored. Though it is a natural human reaction to victory, gloating shows disrespect to your opponent.

A revered swordsman in the Edo era – when kendo started its roots – once said, “There is such a thing as an unfathomable victory, but no such thing as an unthinkable loss.” Which means that one should always reflect on one’s losses, and not bask in the glory of a win.

Kendo is a Japanese martial art that uses a bamboo sword and involves rigorous training geared toward developing both combat technique and character. The practice instills virtues like courage, honor, etiquette. This is all to overcome one’s greatest enemy: oneself.

The Difference Between Kendo and Olympic Sports

Scoring a point, is also not a straightforward affair. Other than actually hitting the right place (head, hand, torso or neck), the process (showing an active attacking stance), spirit in which the point was scored and follow-through (by showing continued physical and mental alertness – hence, no victory poses) are equally important.

Electronic scoring, as in fencing, or judgement made after watching a video replay, as is now possible in the case of sumo, is not used.

Therefore, the fate of the player lies in the hands of the three judges at hand. Victory is up to them and their understanding of the game at play. It is not uncommon for players to feel that they lost the match due to nebulous judgement calls. However, the spirit of kendo dictates that one should reflect on how the point you thought you scored just wasn’t good enough.

Unlike other martial arts such as judo, one’s grade (or “dan”) is not indicated in any visible way. There is no differentiation by colored belts. How one carries oneself and the maturity of play is the only indication – short of asking one politely, “Excuse me, but may I ask what dan are you?”. (Usually for purposes of standing in line with the more senior person nearer to the higher seat of authority.)

Why Kendo Should Remain Separate from the Olympics

If kendo were to become an Olympic sport, its popularity would rise and more people may take up the sport. But, it could risk declining into just that. It may fall into another sport, where speed and strength dictate a win, over technique and spirit. That idea is at odds with the spirit of kendo at its core.

So, the irony will remain that kendo is its own greatest enemy to becoming an Olympic sport. Yet, it is the one sport left in the world that remains true to the original Olympic spirit of cultivating friendship, respect, solidarity and fair play – not the pursuit of fame, gold medals or sponsorship deals.